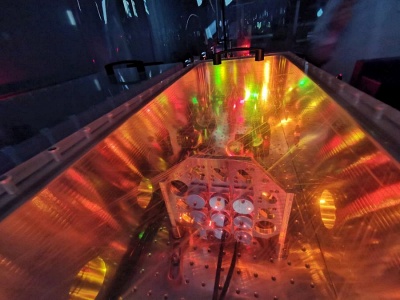 Trumpf says it has acquired an 80 per cent stake in Active Fiber Systems (AFS), the fiber laser company located in Jena.

The deal, for an undisclosed sum, will expand and complement Trumpf’s existing fiber laser offering, which is mostly aimed at industrial applications like precision welding and additive manufacturing.

AFS has developed a range of cutting-edge femtosecond and picosecond pulsed lasers based around ytterbium and thulium-doped fiber amplifiers, and which are used primarily in scientific research.

Few-cycle and mid-IR sources
On its web site AFS states that its “self-defined mission” is to transfer laboratory setups with world-record characteristics to reliable laser systems suitable for scientific and industrial applications.

“We have been selling high-power fiber lasers for more than a decade now and continue to push the boundaries of what is possible,” adds the firm, whose product line-up includes a few-cycle configuration capable of producing a pulse duration of just 6 femtoseconds.

Among the company’s other achievements is the development of high-power, broadband sources operating in the difficult-to-access mid-infrared spectrum, the “molecular fingerprint” region that is of enormous value to spectroscopists.

AFS says that its novel approach can provide brightness at an unprecedented level, superseding even that from synchrotrons, in the wavelength range between 3.7 and 18 μm.

To achieve that, the company uses a technique called intra-pulse difference frequency generation with the 2 µm wavelength produced by its high-power thulium-doped fiber laser system.

In its announcement of the deal, Trumpf said: “As a majority stakeholder in AFS, Trumpf hopes to leverage synergies in the research and further development of its existing ultrashort-pulse laser portfolio and to expand its business in this growing field.”

Founded in the eastern Germany optics technology hotbed in 2009, AFS currently has a workforce of 37 employees. Trumpf says it will retain the current location in Jena and build on the research-driven company’s independent standing.