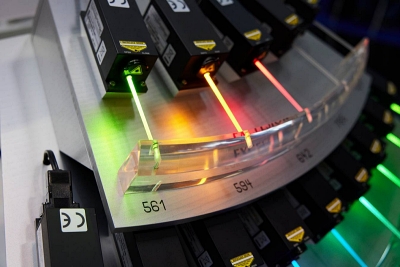 The global market for “core” optics and photonics components now exceeds $300 billion, and looks on course to surpass $400 billion before long.

That is one of the headline findings from the latest “state of the union” industry report from SPIE, the international optics and photonics society, and publisher of optics.org.

It means that the market for core components has increased in value by nearly 70 per cent between 2012 and 2020, equivalent to a compound annual growth rate of 6.5 per cent.

“The industry has grown to the point that combined demand for lasers and all other photonics components in 2020 underwrote more than 1.2 million jobs worldwide, with 4842 companies creating a market exceeding $300 billion in revenue,” summed up SPIE in its report.

“As employment has grown, so too has the number of countries hosting components manufacturers, making it a truly global industry.

“The robust nature of the photonics industry was put to test during the global pandemic, but our data shows that the industry weathered the perturbations associated with lockdowns, supply chain, and shipping issues well - it experienced continued growth in 2020, albeit at a reduced level from prior periods.” 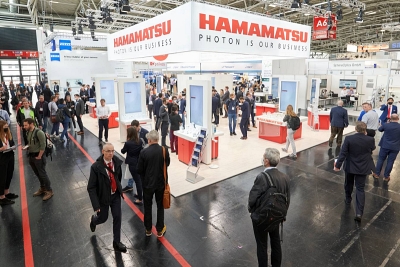 Japan still on top
Although the annual rate of growth appears to have slowed to 4 per cent between 2018 and 2020, SPIE’s figures suggest that a much more rapid expansion has taken place over the past couple of years.

“Looking ahead, SPIE currently forecasts global photonics component revenues for 2022 will end up reaching $378 billion,” predicts the organization - equivalent to compound annual growth of 12 per cent as the industry recovered from the initial impact of the Covid-19 pandemic and benefited from investment in optical communications networks to support trends such as remote working.

Geographically speaking, the growth in revenues seen between 2018 and 2020 can be attributed almost entirely to companies headquartered in China and Korea.

Over the same time period, sales attributed to US and German firms were flat, while those based in Japan - who still account for the largest share of the market - declined slightly.

“Japan is still on top, but photonics revenue growth year-over-year has flattened,” SPIE found. “China has seen significant growth over the last decade, with a compound annual growth rate of almost 23 per cent for the 2012-2020 period.”

Despite the recent decline, Japan’s 2020 total of $106 billion is equivalent to 35 per cent of the global market for core optics and photonics components, and reflects contributions from more than 800 companies - including major conglomerates like Hitachi, Fujitsu, Panasonic, and NEC alongside more obviously photonics-focused firms such as Hamamatsu and Nichia.

Enabled markets top $2 trillion
If SPIE’s 2022 forecast proves accurate, it would mean that the market for core optics and photonics components is likely to exceed $400 billion in either 2023 or 2024.

However that total is eclipsed by the economic impact of what SPIE terms “enabled markets” - that is, the various vertical markets for systems and products that rely on optics and photonics components in some way.

For 2019 - the latest year to be reviewed - that is estimated at just over $2 trillion, with the consumer goods and defense sectors together accounting for more than half of that total.