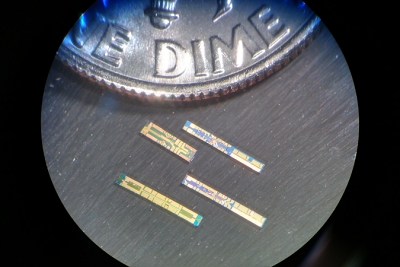 Luminar Technologies, the US-based company at the forefront of automotive lidar development, is set to acquire Freedom Photonics, giving it greater control over its supply of key components including lasers.

Founded in Santa Barbara, California, back in 2005, Freedom Photonics has expertise across indium phosphide (InP), gallium arsenide (GaAs) and silicon photonics material platforms, and has already been collaborating with Luminar for several years.

This latest deal follows similar moves by Luminar to secure supplies of other key components, for example the acquisitions of Black Forest Engineering and its signal processing chips in 2017, and of photodiode maker Optogration last year.

All-stock transaction
While the financial details of the transaction were not disclosed, Luminar’s latest filing with the US Securities & Exchange Commission (SEC) indicates that the owners of Freedom Photonics are set to receive "up to" 3 million shares of Luminar’s class A common stock when the deal closes.

Having traded on the Nasdaq Global Select Market since it completed a special-purpose acquisition company (SPAC) merger listing in late 2020, Luminar’s stock price has recently been changing hands for around $14.

Commenting on the move, Luminar’s co-founder and CTO Jason Eichenholz said that the addition of Freedom Photonics would benefit both system performance and cost, thanks to greater economy of scale and a strengthened technology roadmap.

“We’ve worked closely with the Freedom team for the past several years,” he added. “They have proven to be the best in the world for breakthrough semiconductor laser chip technology, where both power and beam quality are needed simultaneously for true high resolution at long range.”

Aside from automotive applications, it has previously collaborated with NASA’s Goddard Space Flight Center on a 1650 nm laser transmitter suitable for airborne monitoring of methane gas, also using lidar.

Another project with a Harvard University team and HyperLight led to a new process for integrating high-power lasers on a thin-film lithium niobate platform.

“Joining Luminar is the perfect opportunity for Freedom Photonics, providing us an accelerated path to at-scale commercialization of our world-class diode laser technologies,” said Mashanovitch.

“In addition to helping extend Luminar’s automotive industry leadership, we will continue to serve and grow our broad customer base across other key markets.”

Luminar added that the existing Freedom Photonics executive team will continue to lead and expand the business once the transaction closes, which is expected before the end of June.