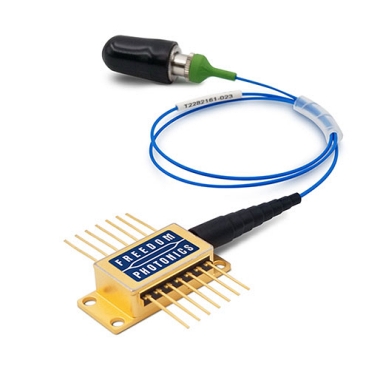 Future plans could see the same technology adopted in a space mission to monitor the gas, with Sherman explaining that current methods are unable to provide scientists with sufficient data to understand why methane levels are increasing at what she called an “alarming” rate.

Climate impact
“Methane is the second most important greenhouse gas after CO2,” said Sherman in her recorded presentation. “Atmospheric concentrations of methane are about two-and-a-half times higher than pre-industrial levels, and have contributed to almost 20 per cent of the radiative forcing related to climate warming.”

That's because although methane concentrations are much lower than CO2, the gas has a much higher global warming potential, equivalent to about 80 times over its lifetime. But methane also spends much less time in the atmosphere - it has a lifetime of only about 12 years.

“The reasons for this pause and subsequent increase are unclear,” she added. “And we need to better understand the sources and sinks of methane.”

Added to that is a worrying projection made by the Global Carbon Project indicating that models show methane concentrations increasing more rapidly. “If these models are correct, we're on track for significant warming,” Sherman said.

Polar problems
Part of the problem is that methane gas concentrations rely mostly on ground-based, in situ monitors that are extremely sparse on a global scale. That is particularly true in polar regions, where there are fears that thawing permafrost might create a catastrophic feedback loop that releases more methane and accelerates climate change.

“Global methane measurements from satellites are also available from passive optical sensor observatories like GOSAT and TROPOMI,” noted Sherman, but because these passive spectrometers rely on reflected sunlight their sensitivity falls off with low sun angles, as well as increasing cloud cover, aerosol scattering, and low surface reflectivity.

“This means no arctic coverage during the winter - it's dark - and little to no coverage in the tropics because it's cloudy,” she explained.

The answer looks like it could be provided by the new 1.65 µm source developed by Freedom Photonics, in collaboration with a team at NASA’s Goddard Space Flight Center who are working on an active airborne lidar monitoring platform.

While the requisite photodetector for that platform is already available - NASA developed a suitable HgCdTe sensor in collaboration with DRS Technologies - the missing piece of the jigsaw was a laser with the level of performance demanded by the space agency.

NASA’s approach uses laser pulses at multiple wavelengths, so that methane’s entire absorption line shape can be probed. However, this multi-wavelength approach comes at a cost, says Sherman:

“The transmitter now has to tune over the absorption line at a few hundred hertz or kilohertz rates. Depending on the number of wavelengths used, the laser must tune and lock at each successive wavelength on timescales of 100 to 125 microseconds.”

Requirements met
An optical parametric oscillator (OPO) offers the best solution - but this requires a seed laser diode emitter. In her presentation, Sherman explains that the best solution is a single distributed Bragg reflector (DBR) source capable of step-tuning along the with the OPO cavity for multi-wavelength operation.

“This reduces complexity and avoids crosstalk from switches,” she said. “Freedom has developed some of these lasers for NASA under a game-changing development program.”

Offering 200 mW output and 1.6 nm of tuning across the methane absorption, the seed source is said to satisfy the agency’s requirements.

“The development of the DBR by Freedom Photonics allowed NASA to replace multiple DFBs with a single step-tuned DBR laser, thus simplifying the design of the OPO,” Sherman concluded.

“Laboratory tests of the DBR lasers, both low and high power, showed that it has a narrow linewidth well under 10 MHz and can be locked and step tuned over the methane absorption. The Freedom DBR laser is a critical component of NASA's OPO and meets all the requirements for [the] laser transmitter.”