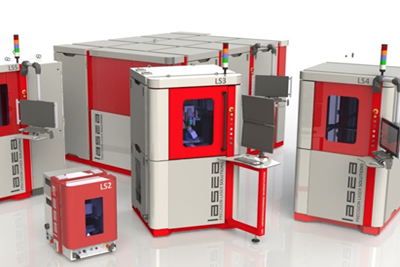 This week, LASEA has announced that it has been awarded €10 million in new new investment from a combination of the private equity fund M80, and other investors Noshaq and SRIW.

LASEA, founded in 1999, has seen continuous growth and doubling revenues every couple of years. The company said it invests heavily in research and development and now has a portfolio of over 100 laser technology patents. Clients across five continents include leading brands in the luxury goods and medical technology industries, and electronics, and research institutes.

The company’s investment statement says that the capital injection from M80 “will drive international expansion and investment opportunities. It will boost innovation in areas such as new optical components, machines, and software and it will enable further integration of the recently acquired Belgium-based laser micromachining company Optec”.

M80 becomes the second largest investor and will be an active partner in LASEA’s further development. LASEA’s founder, Axel Kupisiewicz, remains the largest shareholder and will continue to steer the organization as its CEO. Both Noshaq and SRIW – together with the Épimède fund early backers of LASEA – have expressed their continued support by increasing their shareholding, maintaining LASEA’s ties to Liège and Belgium’s Walloon region. 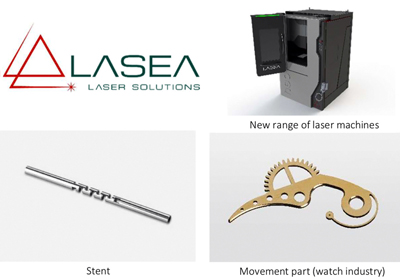 Axel Kupisiewicz, CEO of LASEA, commented, “We found in M80 the right partner to further enable our growth. They will not just provide funds, but especially act as the right soundboard and hands-on partner that we need to bring LASEA to the next level.”

Carl Annicq, of M80, added, “With high-end laser machining technology breaking through on many fronts, this is an exciting industry for M80 to invest in. LASEA has strong leadership and a long list of top tier clients. Now is the right time for scale-up and we’re delighted to be on board.”

LASEA supplies production lines to what it calls “the most prestigious companies in the world” – including the top three Swiss watchmakers, glasses manufacturers, the pharmaceutical and medical industry (intra-ocular, vascular and cochlear implants), as well as some Silicon Valley firms.

Active in 30 countries and on five continents, LASEA has already installed more than 1500 laser production systems worldwide. In addition to its headquarters in Belgium, on Liège Science Park, LASEA has subsidiaries in Mons, Belgium; Bordeaux, France; San Diego, CA, US; and Biel, Switzerland, and employs 110 people.