Luxtera founder to run engineering effort at company working on an optics-based supercomputer. 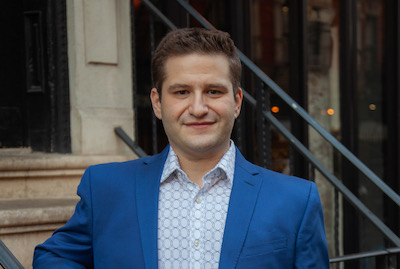 Luminous Computing, a Silicon Valley startup developing a radical supercomputer design based on photonics technology, has hired the silicon photonics expert Michael Hochberg as its company president, and to head up its engineering and operations activities.

Hochberg, who founded ventures including Luxtera - now part of Cisco Systems, and Elenion - since acquired by Nokia - joins Luminous just a couple of weeks after the Mountain View firm emerged from stealth mode with news of a $105 million funding round supported by Bill Gates and Gigafund, among others.

According to Luminous’ co-founder and CEO Marcus Gomez, while the computing industry has now developed the software required for artificial intelligence (AI), the hardware needed to run the necessary algorithms simply isn’t yet available.

Hochberg will head up an engineering team looking to solve that hardware challenge using silicon photonics, and the series A funding just announced will be used to double the size of the Luminous engineering team.

Recruiting photonics expertise
"Specifically, Luminous is actively recruiting photonics designers, digital and analog VLSI [very large-scale integration] engineers, packaging and system integration engineers, and machine learning experts,” announced the firm earlier this month, adding that it was building nearly every part of the technology from the ground up.

Commenting on Hochberg’s influence, Gomez said: “Nearly everyone in the silicon photonics industry can trace their work back in some way, shape or form to the foundational work Michael has led over the past two decades.

“Because he has been at the forefront of silicon photonics development across several generations and in multiple application spaces, Michael is the most qualified person on the planet to serve as our president.”

As well as CEO Gomez, Hochberg will join a leadership team including CTO and co-founder Mitchell Nahmias, an expert in neuromorphic photonics.

Hochberg said: “The vision for silicon photonics over the past 20 years has been to integrate this technology into computer architecture, and it wasn’t until recently that silicon photonics reached the point of maturity where it’s really possible.

“We’re building a supercomputer that will bring world-changing capabilities to market, offering as much as a 1000 [-fold] step function in value to the end-user, and a dramatically improved user experience.

“If we are successful, the technology will have a huge commercial impact. We’re also excited about the applications to defense and national security needs. Making sure that the US has asymmetric access to the best technology in the world for AI is one of the key reasons that I joined Luminous.”

Eliminating bottlenecks
Gomez said of the challenge facing the company: “What’s frustrating is that we have the software to address monumental, revolutionary problems that humans can’t even begin to solve. We just don’t have the hardware that can run those algorithms.”

He and the Luminous team believe that, by using proprietary silicon photonics technology to eliminate data movement bottlenecks at every scale, the company is re-imagining how AI computers are built.

They add that as well as resulting in “order-of-magnitude” performance improvements, the approach will lead to drastic simplifications to the programming model.

“Most people who build hardware assume that in order to improve performance, you have to trade off against programmability and cost-efficiency, or just go to a higher-density silicon node,” the CEO said.

“By introducing silicon photonics technology at the heart of computer architecture, we’re not only able to drastically improve performance and scalability, but we’re also able to make it much easier to build huge AI models.”