Photonics giant drops in value on dimmed outlook for datacom and 3D sensing business and cut to sales forecast. 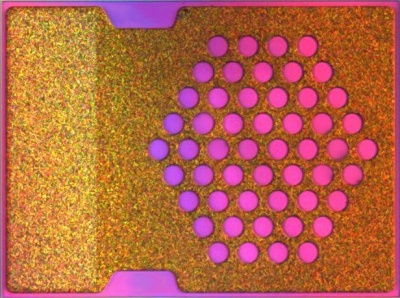 Shares in Lumentum have dropped in value by more than 15 per cent, after the photonics company warned in its latest financial update that sales in the current fiscal year would be around $200 million lower than previously expected.

Updating investors on the quarter ending October 1, Lumentum CEO Alan Lowe said that the Silicon Valley firm had posted a slight net loss on sales of $507 million in the latest quarter.

Although up 13 per cent on the equivalent period last year, that latest revenue total included contributions from recent acquisition NeoPhotonics, as well as the small telecommunications group transferred from IPG Photonics - with operating costs up sharply as a result.

“Demand is robust from our telecom and industrial lasers customers,” Lowe said, but then added that problems with the supply of specific chip components look set to persist longer than had been expected.

“We now expect these shortages to continue into our fiscal 2024,” the CEO told investors. “Also, our near-term datacom and 3D sensing outlook is lower than our prior projections.”

Commercial lasers up
Speaking during an investor conference call, Lowe said: “In telecom, [integrated circuit] supply shortages are not improving as quickly as previously anticipated. In addition, like many others, we are now seeing incrementally lower cloud and consumer end-market demand from our customers.”

Lumentum’s 3D sensing sales have also been hit by Apple’s decision to diversify its supply of VCSEL arrays, although the CEO pointed to new revenue streams now emerging in other applications of that technology.

“We are optimistic about our 3D sensing business as applications in automotive and industrial markets begin to ramp,” Lowe said. “We recognized approximately $4 million in revenue from automotive and IoT [Internet of Things] applications, and we expect this to grow significantly in the coming years.”

Trends in the firm’s commercial lasers division, which includes industrial and scientific lasers, look healthier. In the latest quarter that part of the business provided a sharp increase in sales, with revenues up 26 per cent year-on-year to $53.4 million.

“We have a growing set of applications with the introduction of new laser products, which is generating new customers for us, such as in solar cell and electric vehicle battery processing,” Lowe said.

Stock drops 16%
Looking ahead, Lumentum’s executives said that they expect to post revenues of just over $500 million in the December quarter, while their outlook for the fiscal year ending June 2023 now anticipates sales of somewhere between $1.9 billion and $2.05 billion.

That outlook compares with $1.71 billion for the 12 months ending June 2022, but is around $200 million lower than the company had projected just three months ago.

In addition to that, profits will take a hit as the latest acquisitions are absorbed. Lowe and colleagues have pencilled in an operating margin of just over 20 per cent for the current fiscal year, down sharply from 30.8 per cent.

• Immediately following the latest update, Lumentum’s stock price fell in value by around 16 per cent, reaching its lowest valuation since prior to the Covid-19 pandemic.

Closing at $59 on the Nasdaq following the results announcement, the San Jose company’s stock price has lost nearly half of its value since the start of 2022, with its market capitalization now standing at just over $4 billion.