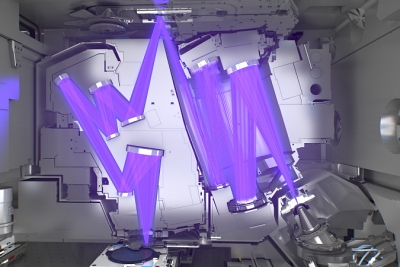 And with demand for the firm’s lithography equipment continuing to outstrip capacity amid the ongoing global chip shortage, that total looks set to climb beyond €22 billion this year, with ASML’s executive team predicting growth of 20 per cent.

CEO Peter Wennink said in a company release: “We experience higher demand for our systems than our production capacity can accommodate.

“Very strong demand in end markets puts pressure on our customers for more wafer output. In order to support our customers, we are providing them with high-productivity upgrade solutions for their installed base, and we are reducing cycle time in our factory to ship more systems.”

In order to help alleviate pressures, the Netherlands-based company has altered the way that it completes testing and shipment of its systems to customers.

Final testing and formal acceptance of the hugely complex equipment now takes place at the customer site, rather than at ASML - meaning that although revenue recognition is deferred, customers are typically able to increase their wafer production capacity a couple of weeks earlier than normal.

Dassen confirmed that ASML expects to ship 55 ”regular” EUV systems in 2022, although the change to the testing process means that revenue for six of those shipments will be pushed into 2023.

Commenting on the wider shortages seen within the semiconductor industry supply chain, Wennink said that demand for ASML’s systems was likely 40-50 per cent higher than the company is able to deliver right now, and is apparent across all market segments.

Minimal impact from Berlin fire
The good news is that a recent fire at a facility owned by ASML’s Berliner Glas subsidiary will not impact the company’s ability to ship systems - although Wennink admitted to being “scared to death” when he first learned of the fire in early January.

The Berlin site produces critical wafer clamps for EUV systems, complex components that take a year to produce. However, with a robust inventory in place at Berliner Glas, it now appears that the fire will have little impact on production capacity or shipment schedules.

Looking longer-term, Wennink noted that the chip industry is expected to double in value by the end of the decade - meaning that it would then represent a trillion-dollar sector annually.

That is partly due to governments around the world wanting to secure more geographically local production of critical chip components, reversing the move to manufacturing in Asia that has dominated the industry for more than a decade.

“Twenty years ago Europe represented 20 per cent of [chip] production, now it is around 8 per cent,” pointed out the CEO. “In ten years that figure could be 4 per cent [at current trends], so it is logical that this is geopolitically important.”

STEM education call
Noting that ASML hired 6000 new employees last year - four times more than initially expected - Wennink stressed the importance of knowledge and education if that desired geopolitical realignment is to be achieved, and called for a greater focus on science, technology, engineering and maths (STEM) to provide enough people with relevant skills.

Asked about the risk of a Chinese rival developing the EUV technology where ASML has an effective monopoly at present, Wennink pointed to the high complexity of the component ecosystem as something that would be extremely difficult to replicate.

Nevertheless, he added, the best way for ASML to protect its position was to continue innovating. “To deal with it, you need to move faster - to high-NA, and then beyond high-NA, [with] a relentless focus on innovation,” he said.

• Immediately following the financial update ASML’s stock price ticked up in value slightly, to trade at around $730 in pre-market activity on the Nasdaq. Although down 15 per cent on the all-time high reached in September 2021, that figure is equivalent to a market capitalization of some $300 billion.