Denmark-based firm is now fast-prototyping and mass-producing MOEs, after years of development. 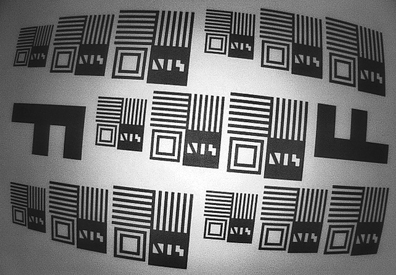 NIL Technology (NILT), a developer of modern optical solutions, headquartered in Lyngby, Denmark, has demonstrated what it calls a “breakthrough performance” in flat optics.

A complete NIR camera module can be built using a 940 nm single metalens and a NIR sensor. Both demonstrator and customer-specific metalenses are currently being prototyped, shipped, and made ready for mass production, the company stated.

For more than a decade, camera lenses used in smart phones and other products have not seen revolutionary changes, argues NILT, which believes that “lenses are still made with multiple bulky refractive lenses or lens elements stacked on top of each other.”

NILT said it is on a mission to bring revolutionary changes to smart phone cameras by significantly reducing the size and complexity of these lens systems.

This first demonstration is a 940 nm near-infrared (NIR) wavelength imaging lens with a single metasurface designed for 3D sensing and face recognition in smart phones and driver-monitoring in automobiles.

The company says its single metalens, which will be introduced as the 1M Meta Optical Element (MOE), is “groundbreaking in its form, performance, compactness, and efficiency. It validates the uniqueness of MOEs over traditional refractive lenses.”

The company has more than 15 years of experience in high precision nanostructuring and is applying this to realize fast prototyping and mass production of MOEs. Prototyping is achieved by high-quality Electron Beam Lithography (EBL) with a significantly quicker turnaround time than Deep UV Lithography (DUV).

In addition, EBL gives ultra-high resolution and has a high degree of design freedom. Mass production is done by nanoimprint lithography, with no constraints on meta-atom geometries, ensuring best performing metalenses. In addition, nanoimprint lithography makes it possible for NILT to mass-produce without relying on semiconductor geometrical limitations and processing capacity.

Theodor Nielsen, CEO & Founder, commented, “Production of customized 1M MOEs is based on a combination of high expertise, and proven, validated, and reliable methodology. NILT is an established company with more than 1,500 purchase orders of experience. In addition, we have made customized prototypes for many years.”

NILT is designing, prototyping, assembling, and bringing up mass-production of metalenses. The entire process is done internally. As a result, NILT’s MOEs can be made in large quantities, with design to prototyping delivery in only four weeks and further redesign and turnaround in less than two weeks. Standard lenses with NILT designs are already shipped today.