€26M round to expand diffractive optics production at NIL Technology 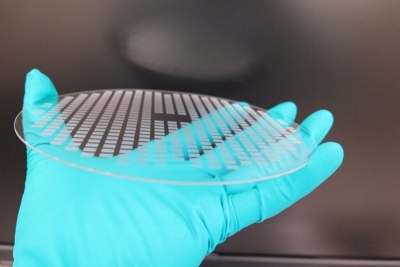 NIL Technology (NILT), the Copenhagen-based provider of specialist optical components including metalenses, has raised €26 million in a new round of venture funding.

The fundraising effort, which including a significant contribution from the new European Innovation Council (EIC) Fund, is set to extend the firm’s mass production capability - alongside efforts to advance new metalens technology and reduce component size and complexity.

NILT, which also offers nanoimprint lithography services, says it has already made inroads into the fast-growing area of 3D sensing inside smart phones. It is now expecting to see that technology proliferate into other applications, including autonomous vehicles.

Co-led by investors including Paris-based Jolt Capital, Nokia-related NGP Capital, and Vækstfonden - the Danish state investment fund - the series B round follows a €6.3 million financing effort in late 2018 also involving Jolt and NGP.

Last year NILT also attracted €2.3 million via the EIC’s Accelerator program, for a project focused on the development of advanced diffractive lenses for applications in real-time 3D sensing - including for lidar systems in autonomous vehicles.

‘New optics revolution’
Commenting on the latest funding, NILT’s founder and CEO Theodor Nielsen said: “We have built a great team and developed unique optical solutions that have received [an] amazing response in the market.

“Our solutions for 3D near-infrared sensing, using our optical and metalens solutions, demand expansion of our production capabilities, something that now will accelerate.”

Jean Schmitt, a managing partner at Jolt Capital, added: “Photonics today stands where electronics were 20 years ago and NILT is at the forefront of that new optics revolution.

“At Jolt Capital we’ve been bullish on this topic for ten years and we know how to scale high-tech factories and increase yield in demanding environments. With this new round, we stand by NILT to help them mass produce this future ‘made in Europe’ light modules.”

Martin Bruncko, a member of the EIC Fund’s investment committee, added: “This €26 million series B round will move NILT’s product much closer to deployment in a number of important new markets, including autonomous vehicles and augmented reality.”

Horizon Europe research
Founded back in 2006, NILT now has offices in Switzerland and Sweden, as well as Denmark. Since then it has taken part in several projects supported by the European Commission’s various framework research programs.

One of those is the “SMART-FLEX” project, which is aiming to develop a radically new kind of optical solar reflector (OSR) featuring an inorganic metamaterial coating on foil.

Due for completion this summer, the €2 million effort also involves the University of Southampton.

Another ongoing project is “FASTFACEREC”, which is aiming to develop a disruptively low-cost and low-power embedded camera for smart phone and laptop applications.

“Our commercial contacts with Korean, Chinese, and Taiwanese manufacturers of mobile phones and tablet computers, customers for our first depth-cameras, confirm that our disruptive 3D imaging devices will sell millions of units in the first year following initial design wins,” claim NILT and project partner Ficontec in an abstract outlining the €2.9 million project.