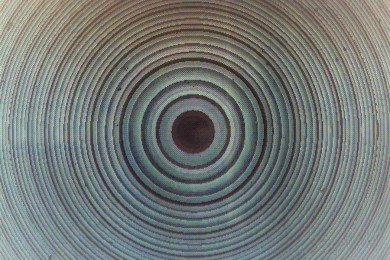 A project at MIT has designed a tunable metalens, able to focus on objects at two distinct depths without the need for changes to the position or shape of the lens.

Changing focus without physical manipulation of the lens component or the mechanical actuators needed to cause those manipulations could lead to new applications in cellphones or night-vision goggles.

Rather than a traditional optical material, the MIT lens is made from a transparent compound in which the solid phase, and hence the atomic structure, can be changed to alter its optical properties. The work was published in Nature Communications.

"In general it is very challenging to tune an optical device's characteristics post-fabrication," said MIT's Mikhail Shalaginov. "That’s why having this kind of platform is like a holy grail for optical engineers, that allows the metalens to switch focus efficiently and over a large range."

Metasurfaces, with novel properties caused by nanostructures or other modifications to the material's surface, are increasingly attractive for several applications, and several manufacturing techniques are under development. Actively tunable metasurfaces have also been a topic of research for some time, although the tuning range and optical efficiency of such components has been limited.

Wavefront shaping through active metasurfaces has, however, been a largely unexplored challenge, according to the MIT project, due to design complexities and the need for computationally efficient design and validation approaches.

The problem was tackled through the use of an established phase-shift compound of germanium antimony and tellurium termed GST, which is able to switch between transparent and opaque states when supplied with the right amount of thermal energy. MIT modified this compound to add additional selenium and form GSST. When this material phase-shifts it changes from an amorphous to crystalline structure, which affects the refractive power of the material but not its transparency.

The project fabricated a 1-micron-thick layer of GSST on a calcium fluoride substrate, and created a metasurface by etching the GSST layer into structural features of various distinct shapes. 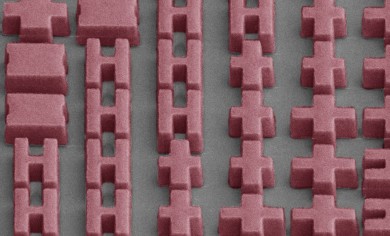 "It’s a sophisticated process to build the metasurface that switches between different functionalities, and requires judicious engineering of what kind of shapes and patterns to use," said Tian Gu from MIT Materials Research Laboratory.

“By knowing how the material will behave, we can design a specific pattern which will focus at one point in the amorphous state, and change to another point in the crystalline phase.”

In trials using light from an infrared laser source and patterned target objects, MIT used its metalens to create a sharp image of one target, before heating the lens to cause a phase change. Afterwards, the lens produced an equally sharp image of a second target located further away. This proved that imaging at two different depths could be achieved without any mechanical movement of the optical component.

For its proof-of-concept lens, MIT caused the phase-change effect through furnace annealing, although the team recognizes that some form of electrical switching will be needed for the same principle to be used in real-world optical devices in the future.

This might be achieved using integrated microheaters to heat the material with short millisecond pulses, according to MIT, and the same approach could also allow the creation of other intermediate phase states, enabling continuous focal tuning.

"It’s like cooking a steak: one starts from a raw steak, and can go up to well done, or could do medium-rare, and anything else in between," said Mikhail Shalaginov. "In the future this unique platform will allow us to arbitrarily control the focal length of the metalens."