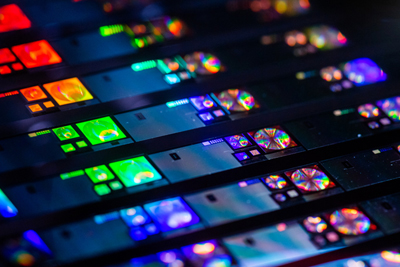 Metalenz technology promises a new type of sensor for smartphones.

A startup company founded by applied physicists at the Harvard John A. Paulson School of Engineering and Applied Sciences (SEAS), Cambridge, MA, US, intends to “transform consumer electronics” by introducing a powerful technology for imaging and illumination that could replace conventional lenses with an ultrathin, flat optical microchip.

Harvard’s Office of Technology Development, which cultivates the university’s industrial research collaborations and oversees technology commercialization, has granted Boston-based Metalenz an exclusive, worldwide license to a portfolio of innovations in flat optics developed in the Harvard lab of Federico Capasso

Metalenz made public its plans on February 4th as it announced $10 million in investment from a combination of Intel Capital, 3M Ventures, Applied Ventures, and TDK Ventures, and others. The funding and semiconductor manufacturing expertise will enable the further engineering of metalenses toward large-scale fabrication for consumer, healthcare, and automotive applications, using the established technology of semiconductor chip manufacturing

Metalens technology exploits the interactions of light and matter at the nanometer scale to achieve unprecedented control of the behavior of light. Conventional optics refract, reflect, and polarize light as it passes through the bulk of a material, while the Capasso Lab’s innovations use minuscule patterns and structures at the surface to redirect light at will. The resulting technology is a wafer-thin chip not only capable of disrupting the field of digital imaging, but also poised to enable new types of ultracompact devices for 3D sensing, augmented reality, virtual reality, and more.

“It has been rewarding to see Metalenz successfully emerge as a startup following a decade of research in my group that has ranged from generalizing the centuries-old Snell’s law of refractive optics to the realization of flat lenses that outperformconventional ones,” said Capasso, who is the Robert L. Wallace Professor of Applied Physics and Vinton Hayes Senior Research Fellow in Electrical Engineering at Harvard SEAS. Capasso is a co-founder of Metalenz and a board member of the company.

Metalens technology exploits the interactions of light and matter at the nanometer scale.

Over the years, dozens of researchers in Capasso’s lab have contributed to the innovations. In leaps and bounds, with a vision of what might be possible, they developed a richer understanding of the fundamental physics, demonstrated new methods of fabrication, incorporated advanced materials, and computationally designed metasurfaces.

Their work was supported largely by federal funding from the U.S. Air Force Office of Scientific Research, the Defense Advanced Research Projects Agency, and the National Science Foundation, as well as by OTD’s Physical Sciences and Engineering Accelerator as the technology approached commercial readiness.

“The metalens platform has the potential to drive a revolution in imaging and sensing, from the ubiquitous cameras in cell phones, cars, and self-driving vehicles to AR/VR, and in the future to widespread use in drones and CubeSats,” said Capasso. “I am grateful to Harvard OTD for encouraging and supporting, all along, the creation of Metalenz.”

“The Capasso Lab has created a robust and exciting technology platform that really challenges the status quo in optical physics,” said Alan Gordon, director of business development in OTD. “These researchers have had the vision and conviction to direct their ingenuity toward overcoming a major challenge that impacts numerous industries. The Metalenz team carries forward that technical expertise and entrepreneurial instinct.”