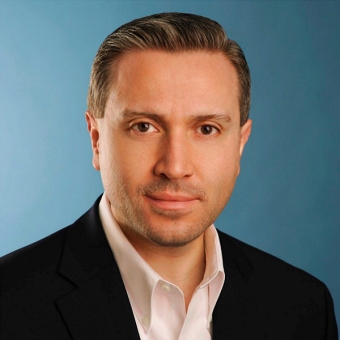 Louay Eldada has stepped down as the CEO of California-based lidar pioneer Quanergy Systems, in the latest and most significant change to the company’s senior management team.

Kevin Kennedy, who joined the Quanergy board less than a year ago and was elected its chairman in October, has taken over as “acting” CEO. He remains a senior managing director at consultancy firm Blue Ridge Partners.

A veteran in the telecommunications sector, Kennedy was previously a member of President Obama’s advisory board on the topic, and was CEO of photonics firm JDS Uniphase (now Lumentum) in the turbulent post-telecoms-bubble period between 2003 and 2008.

“We want to thank Louay Eldada, under whose leadership Quanergy developed the industry’s only 100 per cent solid-state lidar sensor, as well as rapidly expanded the applications for lidar, bringing the technology to several new markets,” said Kennedy.

“The team at Quanergy comprise[s] some of the most talented individuals in the industry, and as we enter this next phase, we will continue to work together to drive new opportunities for the business.”

Funding target missed
Eldada helped establish Quanergy as one of the front-runners in the lidar sector - most obviously with a $90 million round of series B funding in summer 2016 - and secured relationships with the likes of Mercedes-Benz, Hyundai, Renault Nissan, and Sensata Technologies as car companies looked to lidar as a key element inside their future autonomous vehicles.

However, the lidar space has become increasingly crowded since that time, and more recent efforts to raise cash have not been as successful. According to a US Securities & Exchange Commission (SEC) document filed in late 2018, Quanergy was only able to raise $20 million of a planned $150 million round.

Doubts over the company’s technology and Eldada’s management style were also the subject of a highly critical Bloomberg News report in August 2018, while the company has also become embroiled in a patent dispute with key rival Velodyne.

Set up is almost complete. Our Mercedes is fit with our S3-8 solid state #LiDAR sensor and will be showing a live 3D point cloud from the show floor. We're ready for day 1 of #CES2020! pic.twitter.com/kZWOs3GK1d

Crowded space
Speaking at SPIE’s Defense + Commercial Sensing (DCS) event back in 2017, Eldada likened the investor frenzy surrounding lidar at the time to the late-nineties boom period in optical telecommunications.

“In the late '90s, optics was king,” he said during a plenary talk. “Now it’s king again, because of lidar, the hottest area of technology.”

However, Eldada was also somewhat dismissive of some rival lidar companies - for example likening Luminar’s technology to a “school project”.

Luminar, which uses longer-wavelength emitters than Quanergy in its sensors to extend range performance, had just raised $36 million in seed funding and according to its own June 2019 filing has since attracted $87 million out of a planned $120 million round.

While Eldada has left the CEO role at Quanergy, the company said that he would remain involved with the firm as a consultant and “evangelist”.