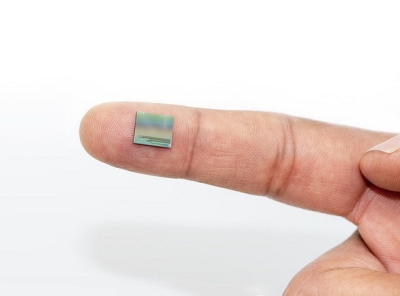 Aeva, a Silicon Valley startup developing chip-scale lidar technology, says it has attracted another $200 million investor commitment, and now expects to raise a total of $560 milion through a “reverse merger” listing plan.

That route has already been taken by Velodyne Lidar and Luminar Technologies, which are both now trading on the Nasdaq, with Ouster and Innoviz Technologies set to follow suit in the coming weeks.

IPV has committed $243 million that it holds in trust from private equity and venture capital sponsors to the Aeva deal, while an additional $120 million comes in the form of “private investment in public equity” (PIPE) support from investors including car firm Porsche.

The additional $200 million just revealed comes from Sylebra Capital, one of the IPV stockholders. Financial information released as part of the listing plan shows that Aeva’s sales in the first nine months of 2020 amounted to only $4 million, leading to a net loss of $16.6 million.

FMCW advantages
Unlike the other four lidar firms pursuing public listing strategies, Aeva’s approach is based on coherent optics, in the form of frequency-modulated continuous-wave (FMCW) technology.

Although it relies on much more complex photonic components than traditional pulsed time-of-flight lidar sensors, FMCW is, like radar, able to measure the direction in which objects are traveling - thanks to the Doppler Effect.

Proponents of the approach say that this confers huge advantages when it comes to automotive applications, while advances in silicon photonics also provide the opportunity to shrink the technology to chip scale and much lower power consumption than rival schemes.

Aside from Aeva, a handful of other companies are developing FMCW lidar technology - notably a group at chip giant Intel, and Amazon-backed Aurora, now also home to the former Uber autonomous vehicle unit.

Mina Rezk, co-founder and CTO at Aeva, said back in November: "From the beginning, we believed that the only way to achieve the holy grail of lidar is to be integrated on a chip.

“Over the last four years, we did it by leveraging Aeva's unique coherent FMCW approach. With today's announcement, we can use our development efforts to expand into new markets that were simply not possible before." 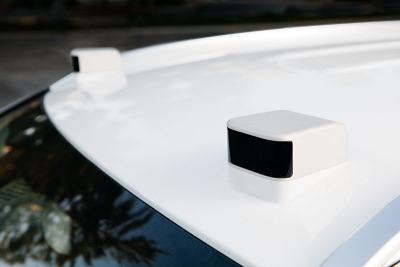 ZF partnership
Following the latest commitment from investor Sylebra, its chief investment officer Dan Gibson said: “We have conducted thorough diligence on the lidar and perception industry and believe that Aeva's approach is best-in-class.”

According to a recent lidar industry report by analysts at Yole Développement, FMCW and silicon photonics approaches are not expected to reach maturity for long-range lidar until the mid-2020s - after alternative schemes based on MEMS mirrors, fiber lasers, and flash techniques.

"The system needs to be designed from scratch," explained the analyst team. “Therefore, it will take several years for FMCW technology to be adopted by the automotive industry.”

Aeva says it is working with parts giant ZF to bring automotive-grade FMCW technology to the production scale needed for commercial deployment.

If the firm’s funding plan proceeds as expected, the SPAC transaction should be completed during the current quarter - after which Aeva will be listed on the New York Stock Exchange under the ticker symbol “AEVA”.

“Upon closing, Aeva will have a strong balance sheet to pursue strategic opportunities to realize mass market adoption.”