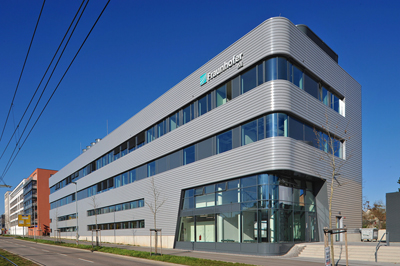 To maintain and strengthen its global leadership position in solar energy research, Fraunhofer ISE has been expanded with a new laboratory building, which opened this week in Freiburg, Germany. It was funded in equal parts by the German Federal Ministry of Education and Research BMBF and the State of Baden-Württemberg.

In his welcoming address on the occasion of the inauguration of the new Fraunhofer ISE laboratory building, Minister President Winfried Kretschmann commented, “In Baden-Württemberg, we have set ourselves numerous goals for climate policy, and solar energy plays a central role. With Fraunhofer ISE, we have had one of the most important solar research institutes worldwide for over 40 years.”

With an infrastructure composed of 1000 square meters of laboratory space and clean rooms, the Center for High Efficiency Solar Cells is equipped to address the new technological challenges.

In addition to the further development of silicon and III-V technology, the research focus at Fraunhofer ISE’s new center lies in the suitable combination of these two materials to make highly efficient tandem cells, which are among the most promising photovoltaic technologies for the future.

“The new laboratory building will enable us to continue developing new groundbreaking solar cell types and thus contribute to the competitiveness of the German and European photovoltaic industry, which is again on the rise with innovative processes and technologies,” said Institute Director Prof. Andreas Bett. 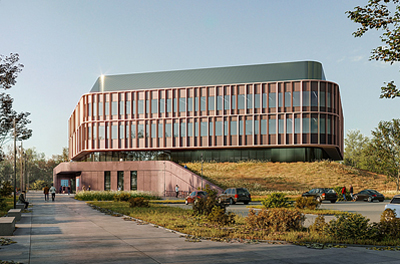 Design for the planned OPTICUM research building in Hannover.

Subject to the Joint Science Conference's agreement, €54.2 million will be invested in the OPTICUM; the German government and the state of Lower Saxony will each contribute half of the funding.

Leibniz University President Prof. Dr. Volker Epping, commented, “I am glad that optics and photonics will be underpinned by a new research building and receives appreciation and support from science policy. The funding recommendation for the OPTICUM also means a further strengthening of our Cluster of Excellence PhoenixD, Leibniz University and Hannover as a science location.”

Prof. Dr. Uwe Morgner, spokesman for the board of the PhoenixD Cluster of Excellence, added, “Our OPTICUM will be the research building for all scientists from the disciplines of physics, mechanical engineering, electrical engineering, mathematics, computer science and chemistry working together on the digitalisation of optics research and optics production.”

The 120 optics researchers are investigating how they can achieve complex optical systems in a short development time and at a fraction of today's cost. To achieve this end, LUH's scientists will join forces with project partners from Technical University Braunschweig and Laser Zentrum Hannover.

Currently, the optics researchers are working decentrally on individual production sections. The new research building will have enough space and resources to assemble the fully networked production platform in one place and work on it together, in an interdisciplinary approach.

Until completing the OPTICUM, LUH is procuring up to €12 million euro for the large-scale equipment for the production hall with funds from its Cluster of Excellence PhoenixD and the European Structural Fund, among others. Construction is scheduled to begin in 2022. Completion is planned for 2026. 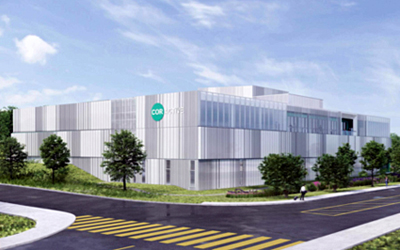 The 75,000 sq ft facility in Quebec will also be Coractive’s headquarters.

Optical fiber maker Coractive and a team of financial partners has announced an investment of more than $34 million in the construction of a new state-of-the-art fiber optic production facility to be located in the Quebec City region. The 75,000 square foot facility will quintuple the company’s production capacity and create 30 high value-added jobs in 2023.

Founded in Quebec in 1998, Coractive specializes in designing and manufacturing special optical fiber and in the sale of fiber lasers.

“These new facilities will enable us to ensure Coractive’s growth and to access new markets in the booming fiber optics and industrial laser sectors. We are also deepening our roots in Quebec City and its associated center of excellence,” commented Jean-Noël Maran, President and CEO.

Coractive generates 95 % of its revenues outside of Canada. The new facility will enable the company to increase its production of fiber optic products and to boost output quality. The expansion is also intended to strengthen the company’s position with existing customers and in markets such as LIDAR sensors, which are expected to grow considering the potential of autonomous vehicles.

Construction of the complex is expected to begin summer 2021. Delivery of the new building, which will also become Coractive’s new head office, is expected in late 2022. Several partners will also be investing in this relocation and expansion project, which is the largest ever carried out by Coractive.