57 new “Clusters of Excellence” – several focused on photonics – and substantial funding for next seven years. 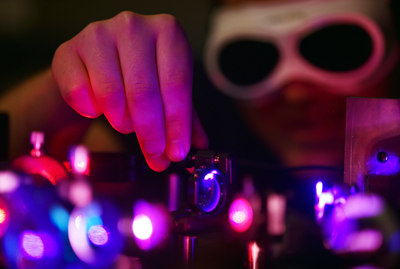 Photonics is at the forefront of several new Clusters of Excellence.

A joint announcement by the German Research Council (DFG) and the German Council of Science & Humanities (WR) pledges to invest almost €2.7 billion ($3.1 billion) over the next seven years, equivalent to $385 million per year, in high-tech research projects. The funding is intended support 57 new “clusters of excellence”.

These including several in photonics-related projects at a range of universities and other research centers of excellence, such as Laser Zentrum Hannover. A full list of the proposed clusters and their locations can be found on the DFG website.

The funding decisions have been made in the name of Germany’s Excellence Strategy, a program designed to strengthen top-level research at universities in Germany. On 27 September 2018, the Excellence Commission, consisting of the members of the international Committee of Experts and the research ministers of the federal and state governments, approved 57 Clusters of Excellence to be funded from among the 88 proposed projects.

The decisions were announced by Anja Karliczek, Federal Minister of Education and Research and Chair of the Joint Science Conference, and Prof. Dr. Eva Quante-Brandt, Science Senator for Bremen and Deputy Chair of the Joint Science Conference, following last week’s meeting of the Excellence Commission in Bonn. Prof. Dr. Peter Strohschneider, President of the Deutsche Forschungsgemeinschaft (DFG, German Research Foundation), and Prof. Dr. Martina Brockmeier, Chair of the German Council of Science and Humanities, explained the process and procedures by which the selection was made.

The 57 Clusters of Excellence now approved are based at 34 universities. A total of 40 will be implemented by an individual university, 14 by two universities, and three by a consortia of three. Approximately 49 percent of the projects build on Clusters of Excellence or Graduate Schools that have been funded through Germany’s Excellence Initiative since 2012. The approved Clusters are characterised by a high level of involvement of non-university partners and multidisciplinarity in the majority of projects extending far beyond the four main scientific disciplines.

'Milestone' for photonics in Hanover

Following the DFG announcement, Laser Zentrum Hannover also released a statement saying that it will be working directly with two of the Clusters of Excellence applied for by the Gottfried Wilhelm Leibniz University, Hannover. The PhoenixD and QuantumFrontiers clusters were selected for funding by the German Research Foundation.

“The decision is a milestone for photonics research in Hanover," commented Dietmar Kracht, Scientific-Technical Director at LZH, about the decision. Dr.-Ing. Stefan Kaierle, another Scientific-Technical Director at LZH, said, “With this funding, we will significantly advance photonics research and bring innovations to the economy and everyday life more quickly. We congratulate the universities of Lower Saxony and all participating scientists on this extraordinary success.” 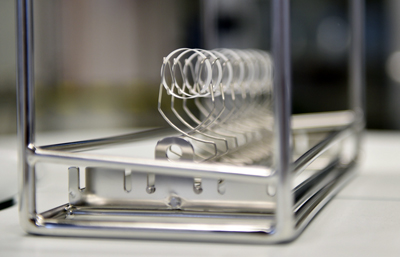 Optics technologies "could soon come out of the 3D printer," says LZH.

Introducing a “paradigm shift” in the production of optics is the goal of the new “Photonics, Optics, and Engineering – Innovation Across Disciplines” (PhoenixD) cluster. The idea behind it is weaving optical design, optical simulation and modern production methods into a single integrated platform.

“In this way”, states the LZH release, “optical precision devices shall be additively manufactured in a quick and inexpensive way. PhoenixD is a cross-disciplinary initiative between mechanical engineering, physics, electrical engineering, computer science and chemistry. It combines first-class optics, production technology, as well as simulation and material expertise.”

Among other things, PhoenixD will be working on controlling plants with the laser in agriculture, simplifying and promoting diagnostic procedures, developing adaptive eyeglass lenses or improving road safety through the use of optical units.

In the Cluster known as Light and Matter at the Quantum Frontier: Foundations of and Applications in Metrology (QuantumFrontiers), an interdisciplinary network of physicists, engineers and scientists has set itself the goal of shifting the boundaries of the measurable. Their aim is to be able to completely control quantum states of light and matter.

That, says LZH, would be the basis for the metrology of tomorrow. This would have positive effects on navigation, time synchronization, cryptography, biological systems and materials science, too. Research on gravitational waves would benefit from this new level of precision as well. It would lay the foundation for detecting the Big Bang. The research in the cluster is based upon the now expired Cluster of Excellence QUEST at the LUH.

Other optics- and photonics-related new clusters and their corresponding universities include the following: