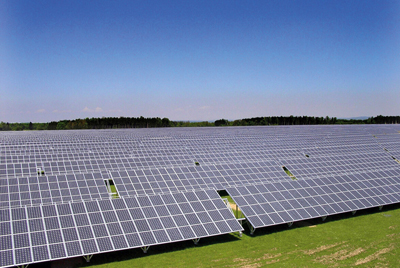 Photovoltaics is the “main pillar of the energy transition,” says Fraunhofer ISE.

Besides wind energy, photovoltaics is the main pillar of the energy transition. While Germany and Europe in general are still leading when it comes to the research and development of solar cells and modules, the past ten years have seen the transfer of production to Asia.

As a consequence, Europe has risked losing its technological sovereignty and independence. This trend is starting to be reversed though. One reason is that the share of transport costs in the price of imported modules has increased; another is that buyers are now placing more value on sustainable production criteria.

Regional production has become affordable. In Spain, a start-up company called Greenland has embarked on setting up a highly-automated photovoltaic production line with an output of 5GW per year.

The company uses a vertical integration strategy, which means that they cover the entire value creation chain, from the raw material to wafers, solar cells to solar modules. Fraunhofer Institute for Solar Energy Systems (ISE) provides consultation for the project.

To ensure that the project can be successful within this highly competitive global market, state-of-the-art, fully integrated, industry 4.0 production technology will be employed. Bosch Rexroth will provide instrumental support with factory planning and construction.

In 2019, the German Mechanical Engineering Industry Association, VDMA, commissioned Fraunhofer ISE to produce a study on the competitiveness of the European PV industry. One of the main criteria for being competitive and achieving low manufacturing costs with local/regional production within Europe identified by ISE was that factories must be a certain size right from the start.

Another significant finding of the study was that currently low production costs of less than 20 eurocents per watt peak mean that the share of transport costs for modules and components is now at almost 10%. This shows that local production close to the target market and a local value creation chain are essential for making European PV production profitable and independent from imports.

These arguments as well as the favorable political conditions created by the EU Green Deal have led the province of Andalusia and the city of Seville to expand their regional PV production. Against this backdrop, they also support the creation of a fully integrated PV factory in Seville. The new company Greenland Gigafactory was founded with the objective of spending the next two years setting up such a factory with a production capacity of 5GW per year.

Greenland has chosen state-of-the-art technology because this is essential for setting up a 5GW production facility in such a short space of time. The technology centers around M10 monocrystalline silicon wafers for passivated emitter and rear contact (PERC) solar cells. These are integrated into semi- or triple-junction cell modules with a minimum output of 540 W and a multi-busbar design.

Both the solar modules and the production facility itself will be state-of-the-art. Thomas Fechner, Head of New Business at Bosch Rexroth, said, “we have partnered with Greenland Gigafactory and Fraunhofer ISE to create a highly innovative, fully flexible and completely networked solar cell production facility of the future to serve the promising European market.” 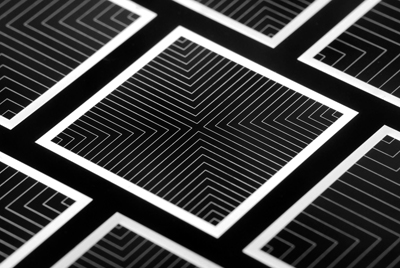 The work is described in a recent Nature Energy article. In that, Richter explained the structure of the record-breaking cell and presented fundamental design-related aspects leading to even higher efficiencies. The design of the back-side cell surface as a full-area charge-carrier collecting passivating contact was key to the success.

Previously, record efficiencies of around 26% were limited to solar cells with both metal contacts at the rear, the so-called interdigitated back contact, or IBC, solar cells. Both-sides-contacted solar cells, however, have been established as the industry standard and have become the preferred choice in industrial production due to their lower complexity.

The basis for the record cell is the TOPCon technology (Tunnel Oxide Passivating Contact). Developed at Fraunhofer ISE, this technology combines the advantages of very low surface recombination losses with efficient charge carrier transport. While industrial standard cells have a PN junction on the front side, the pn junction in the record cell was formed on the back side as a full-surface TOPCon contact.