San Francisco firm set to become the fourth developer of lidar technology to raise cash via a 'reverse merger' deal. 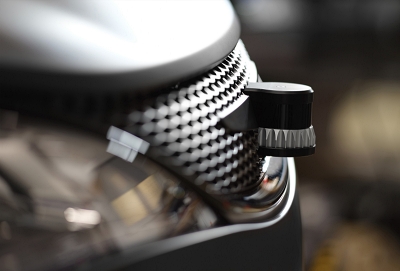 San Francisco lidar startup Ouster has revealed plans to list on the New York Stock Exchange (NYSE) and raise up to $300 million via a merger with a special purpose acquisitions company (SPAC).

If successful, Ouster’s deal with Colonnade Acquisitions Corporation could see it become the fourth lidar firm to complete a SPAC deal within the space of a few months.

Registered in the Cayman Islands, Colonnade already holds $200 million in trust, with an additional $100 million anticipated in “PIPE” (private investment in public equity) funding when the listing is completed.

Rivals Velodyne Lidar and Luminar Technologies have both listed on the Nasdaq in the past three months, while Israel-based Innoviz Technologies announced details of its $350 million plan just two weeks ago.

‘Eyes of autonomy’
While much of the attention in the lidar sector has focused on the perceived market opportunity in autonomous vehicles, Ouster stresses that it is looking to serve a much broader set of applications.

Co-founder and CEO Angus Pacala said during an investor call announcing the merger plan: “At Ouster, we are building the eyes of autonomy. My co-founder Mark Frichtl and I share a vision that autonomy is a revolution that spans industries. Autonomy is not only for cars; it is much bigger than that.

“We envision lidar being on every moving object on earth, and every piece of intelligent infrastructure.”

Pacala said that this ambition was reflected in an anticipated level of demand extending to tens of millions of units, and across some 14,000 prospective customers by 2025.

According to figures in the firm’s investor presentation, the current roster of 450 customers will have bought around 2000 units this year, generating annual sales in the region of $19 million.

But revenues are expected to more than double year-on-year through 2025, reaching in excess of $1.5 billion at that point as unit sales pass 700,000. Those figures imply that the average cost of each lidar unit will fall by a factor of five over the next five years.

‘Digital lidar’ with VCSELs
Comparing itself favorably with the three rivals to have either already listed on the Nasdaq or in the process of doing so, Ouster suggests that its broader focus and “disruptive” technological approach - what it calls “digital lidar” - are both key advantages.

“Digital lidar is built on the idea that you can consolidate all of the important functionality of a lidar sensor into semiconductors fabricated in a standard CMOS process,” explains Pacala, claiming that this puts Ouster’s products on an accelerated path towards cost-performance advances.

Central to that strategy is the use of vertical cavity surface-emitting lasers (VCSELs), thousands of which can fit onto Ouster’s system-on-a-chip (SOC) design.

“This SOC is developed in house and mass-produced in a standard silicon CMOS process,” Pacala said. “It counts over 1 billion photons per second with a natively digital output, and also handles the logic and signal processing that run the sensor.”

While VCSELs are typically not as powerful as other lasers, two-dimensional arrays of the devices are now widely deployed in smart phones, primarily for user identification with lidar face scanning, after initially appearing in Apple’s iPhone X three years ago.

Pacala and colleagues say that their technological strategy will position the company to take greater advantage of Moore’s law than rivals.

“As has been the case in so many other markets over time - cameras, GPS, GPUs, cellular modems - we believe harnessing Moore’s law with our digital lidar is the key to winning in the lidar market,” the CEO said.

• The stock prices of Velodyne and Luminar both surged in value on the Nasdaq after a Reuters report suggested that Apple was planning to build autonomous vehicles for consumers, and had been contacting lidar providers as potential suppliers.