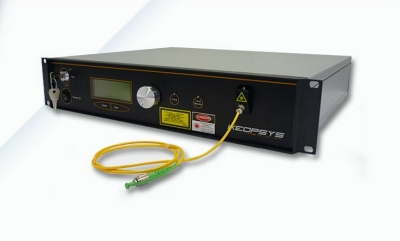 Lumibird, the Paris-listed photonics company created from the combination of Quantel and Keopsys, has reported a strong upturn in sales in its latest financial results.

For the quarter ending September 30, it posted revenues of €37.2 million, up 13 per cent on the same period last year.

It brings year-to-date sales to €112.6 million, up from €78.5 million at the same point in 2020 - although that comparison is partly due to the firm’s acquisition of Australia’s Ellex last year.

On a pro forma basis, which provides a like-for-like comparison, sales in the first nine months of 2021 were also up 13 per cent on the same period last year.

Lidar rebound
Growing fastest so far this year is Lumibird’s photonics division, with nine-month pro forma revenues up 19 per cent year-on-year, to €52.6 million.

That jump is partly due to strong demand for lasers used in display production and medical applications, as well as a return to growth for the firm’s lidar business, which now appears to be emerging from a slump.

“The lidar business, held back by technical delays with lidar systems in the first half of the year, offset its revenues gap,” announced Lumibird, adding that the rest of this year should see strong lidar sales, with the full-year total expected to end up higher than the 2020 figure.

The photonics division total for the year so far includes €14.5 million attributed to defense and space applications, including the company’s long-standing ties with the giant Laser MégaJoule project.

Strong Q4 expected
Lumibird’s medical division, which includes laser and ultrasound equipment sales from the Ellex acquisition, has posted sales of €60 million so far this year - a pro forma rise of 9 per cent on 2020.

“The order book points to a strong level of business in the fourth quarter,” Lumibird suggested, adding that total sales in the final three months of the year would be close to last year’s figure of €48.2 million.

If correct, that outlook would translate to full-year sales in the region of €161 million, and a rise of around 25 per cent on the 2020 total.

With the acquisitions of Saab’s laser rangefinder business and a substantial stake in CILAS set to bolster the company, Lumibird has reaffirmed its target to double the 2020 sales figure by 2023 (equivalent to around €250 million).

• Following the latest update, Lumibird’s stock price rose in value to trade at just over €21 on the Paris exchange. Equivalent to a market capitalization in the region of €470 million, that represents its highest valuation in more than a decade.