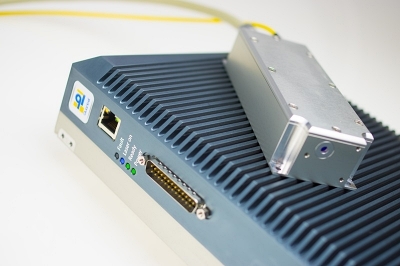 The Paris-listed photonics company Lumibird has raised more than €36 million from existing shareholders, thanks to a rights issue announced last month.

Said to have been heavily oversubscribed, the fundraising effort is specifically aimed at supporting the firm’s plan to access new laser technologies - either through external acquisitions, or internal development efforts.

“The €36.3 million euros raised will be allocated in priority and in full to financing potential external growth operations, notably with a view to acquiring new laser technologies,” announced Lumibird.

“The proceeds from the rights issue will be retained by Lumibird until opportunities for external growth arise, or until Lumibird decides to reallocate these funds, notably for investment internally in research and development projects.”

The rights issue also means that Esira and Eurodyne - companies controlled by Lumibird CEO Marc Le Flohic - now own slightly more of the photonics firm than they did previously. The interest held by the two combined now stands at just under 52 per cent.

Ellex deal gets the nod
Le Flohic said in a release detailing the result of the right issue: “The funds raised through this operation will enable us to continue moving forward with our external growth strategy, capitalizing on new opportunities for acquisitions on our strategic markets.

“I would like to thank our shareholders - both professionals and individuals - for their confidence, trust and loyalty, especially during the crisis period facing the world today. These new financial resources are even more valuable in this context.”

Lumibird stressed that the additional cash would not be used to finance or refinance either working capital, or the company’s planned acquisition of Ellex’s laser and ultrasound business - announced at the end of last year.

That deal, valued at around €62 million, will see Lumibird gain a research and development and production site in Adelaide, Australia, as well as commercial subsidiaries in Australia, Japan, US, France, and Germany.

Last week Lumibird said it had received clearance from the Australian Competition and Consumer Commission - with the acquisition now expected to close by June 30.

Once complete, the combination of the two companies’ assets is expected to yield a complementary set of product offerings in the medical sector, and for ophthalmic applications in particular.

For comparison, Lumibird posted revenues of €111 million in 2019.