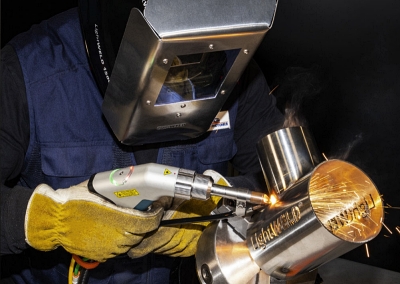 The stock price of fiber laser giant IPG Photonics has risen in value sharply, after the company reported a year-on-year jump in both sales and profits.

At $379 million, revenues in the third quarter of the year were 19 per cent higher than the same period in 2020, with pre-tax earnings of $102 million more than doubling the year-ago figure.

CEO Eugene Scherbakov attributed that performance to higher demand across some key applications and largely outside of China, where the laser cutting market has suffered a downturn.

Electric vehicles drive laser sales
Those geographical trends drove a sales increase of 50 per cent in Europe, and 55 per cent in North America, while the figure for China was down 7 per cent - although welding and additive manufacturing applications in China held up well.

Among the key market drivers right now is electric vehicle (EV) production, where IPG’s lasers are widely used in battery welding and foil cutting processes, and are also being deployed in motor assembly and body-in-white manufacturing.

Scherbakov said that bookings in the latest quarter remained strong, with IPG benefiting from macroeconomic trends such as investments into clean energy and automation, alongside EVs.

“We remain excited about growth prospects for IPG in EV applications, medical, handheld laser, ultrafast lasers, and many other opportunities, which we believe will drive our revenue growth in the future,” said the CEO.

However, the ongoing weakness in cutting applications in China - historically IPG’s biggest single market - prompted Scherbakov and his executive team to issue a cautious outlook, with sales expected to fall to somewhere between $330 million and $360 million for the final quarter of 2021.

If that forecast proves accurate, it would see IPG post full-year sales of around $1.45 billion, a figure that would be close to an all-time record and represent around a 20 per cent increase on the 2020 total.

Gapontsev tribute
The latest investor call came just a week after IPG announced the death of its founder and long-time CEO Valentin Gapontsev. Scherbakov, who was appointed CEO earlier this year as Gapontsev transitioned to company chairman, paid tribute to his predecessor - describing him as the “father of the fiber laser industry”.

“This is a tremendous loss for our company and the broader photonics community, which benefited greatly from his technical innovations and strategic vision,” he added.

“Because of his vision and relentless work, fiber lasers have become cost-effective, reliable and effective tools that have mass applications in global industrial production, enabling automation, efficiency, and development of new products.

“He was recognized as the ‘Father of the Fiber Laser Industry’ and a great entrepreneur. Following his footsteps, we will continue to focus on innovation and invest internally in manufacturing and research and development capabilities to make the highest quality components and the most reliable products.”

Efficiency drive
As Scherbakov pointed out, the very high efficiency of fiber lasers is one of the technology’s key attributes, with IPG’s technologies playing well into major macro trends that like electric vehicles, renewable energy, energy efficiency, industrial automation, and miniaturization.

The investment cycle in EVs is expected to continue for the next 3-5 years as automotive manufacturers address the need for EV batteries and other new technologies, in order to meet aggressive global carbon emission standards, added the CEO.

Another key growth area looks likely to be IPG’s “LightWeld” product, with the latest version of the product launched at last week’s Fabtech event in Chicago.

“We have signed agreements with nationwide distributors that operate hundreds of welding retail stores in the US,” reported Scherbakov. “We currently expect to sell tens of thousands of LightWeld systems in the next 3-5 years.”

• Following the latest financial update, IPG Photonics’ stock price rose in value by around 8 per cent - partially reversing a downward trend seen over the past three months. At $173 in early Nasdaq trading on November 2, the stock price equates to a market capitalization in the region of $10 billion.