Deal “to be finalized soon” will give Lumibird access to laser weapons and deformable mirror tech. 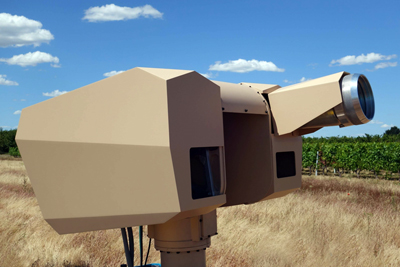 This acquisition will strengthen Lumibird’s key position in Europe in the defence and civil markets. Financial terms of the deal have not been disclosed.

CILAS based in Orleans, France, says it has developed “a recognized expertise in lasers and optronics”. The firm’s website states, “Today, CILAS keeps on developing cutting-edge technologies and constantly brings innovations to its products and systems.”

Its main markets comprise defense & security, laser programs, and scientific and space instrumentation. CILAS says that half of its turnover is generated by direct exports.

Lumibird’s announcement states, “The complementary nature of the CILAS and Lumibird technology portfolios will enable us to benefit from dual (civil and military) technological synergies and constitute an offer and development capacity in laser subsystems and components that is unrivalled in Europe, with the human, technical and industrial resources to best meet the expectations of industry players.”

Marc Le Flohic, CEO and founder of Lumibird, commented, “The acquisition of Areva’s stake in CILAS is a decisive strategic step in our merger project. It reinforces our vision of a sovereign industry in the field of lasers, based on agile industrial players capable of developing their technologies for the defense and space markets, as well as for many civil markets, including aeronautics, industrial, and medical areas.”

He added, “This acquisition will allow the emergence of a new player of sufficient critical size to effectively serve the interests of the major French integrators as well as those of European states. The completion of this transaction will pave the way for the acquisition of other European technology champions that could enrich and accelerate this development model.”

The acquisition, which is subject to the usual administrative authorisations, should be finalized by the end of July, 2021.