II-VI shrugs off Covid impact as sales and bookings surge 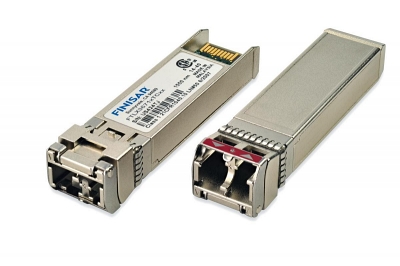 II-VI, now one of the world’s largest providers of optics and photonics products, has posted record sales revenues of $746 million for the three months that ended June 30.

Well in excess of the $650 million-$700 million range predicted by the company back in May, the result means that II-VI registered sales of $2.38 billion in its latest fiscal year, up from $1.36 billion a year ago.

While that largely reflects the acquisition of major communications component specialist Finisar last September, the Pittsburgh-headquartered company reported a surge in demand for parts in new and upgraded networks as the world responded to the Covid-19 pandemic.

Digital transformation
CEO Chuck Mattera told an investor call discussing the latest results: “As the digital transformation accelerated, we achieved a 25 per cent increase sequentially in the communications market, which drove the majority of our growth.”

With the Finisar integration said to be progressing faster than expected, the combination is also improving underlying profitability, with II-VI generating cash flow of nearly $300 million in the latest fiscal year - up from $178 million previously.

Sales of VCSEL arrays used in smart phones and other devices for 3D sensing applications rose at an even faster rate, with full-year revenues for these products well ahead of expectations.

The bounce in demand means that II-VI now has an order backlog standing just shy of $1 billion, with some capacity constraints now apparent.

“Our wafer fabs are quite busy,” Mattera told investors. “And our opportunity to sell lasers at the moment is exceeding our ability to make them. And so we're doing something about that...we're focused on capacity expansions, but we're also working diligently on productivity efficiency.”

The CEO predicted that the investment would put II-VI in a position to capture around a 40 per cent share of the merchant market for indium phosphide (InP) laser devices by 2022, worth an estimated $400 million.

“We have stepped up our investments in wafer-level integration platforms, including silicon photonics, and have significantly increased our investment in integrated circuit technology, which we believe is critical to our road map and competitiveness,” he told investors.

Industrial lasers: signs of recovery
While communications-related sales now account for more than 70 per cent of II-VI revenues, the company remains highly diversified in terms of the number of market sectors it sells into.

The industrial sector - previously a much more significant chunk of the company’s turnover - delivered sales of around $70 million in the latest quarter, with Mattera saying that there were “encouraging signs” of a recovery in industrial lasers, led by customers in China.

With that in mind, Mattera and his executive team have pencilled in revenues of somewhere between $700 million and $750 million for the September quarter.

• Despite the positive report, II-VI’s stock dropped in value slightly following the update. However, at just under $47 in early trading August 17, that valuation remains close to record highs for the company in more than three decades on the Nasdaq, and equates to a market capitalization of just under $5 billion.