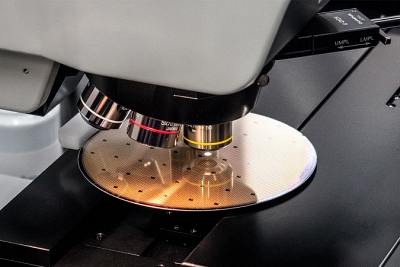 II-VI, the highly diversified provider of optoelectronic components and subsystems, has revealed plans to raise more than $700 million via a twin stock offering.

According to the Pittsburgh-headquartered company’s latest filings with the US Security & Exchange Commission (SEC), the funds will be used to help reduce debts.

II-VI’s own financial reports show that, as of March 31 this year, the firm held long-term debts of around $2.2 billion - borrowings that have been used to finance key moves such as last year’s $3.2 billion acquisition of Finisar.

Credit agreement
The prospectus filing for the new stock offering reveals that II-VI is paying interest on those loans at a weighted average rate of 3.52%, with the agreement currently scheduled to mature in September 2024.

“II-VI expects to use up to $714.6 million of the net proceeds from these offerings and/or cash on hand to repay borrowings (including accrued interest) under its existing credit agreement, and to use the remainder of net proceeds, if any, to develop, enhance, invest in or acquire related, emerging or complementary technologies, products, or businesses and for other general corporate purposes,” announced the firm.

The timing of the offering looks set to take advantage of II-VI’s current stock price, which has recovered strongly from the coronavirus-related crash in March.

Closing at just over $47 on the Nasdaq on June 30, the stock is trading near to a record high, having bounced back from a low of $19 as fears about the impact of the global pandemic peaked.

However, II-VI has since reported a surge in demand for its photonics components used in data centers and other optical communications applications, with several product lines “sold out” as the build-out of 5G networks and other upgrades accelerated.

June quarter guidance hiked
3D sensing applications based around vertical cavity surface-emitting lasers (VCSELs) is another key area of growth, with Apple recently adopting the technology for lidar scanners embedded into its "iPad Pro" platform. II-VI is a major VCSEL manufacturer, and several other consumer electronics firms are now offering devices with the same kind of functionality.

With II-VI also providing some critical components used in Covid-19 diagnostic test kits, Mattera and his team have raised their sales expectations for the June quarter dramatically.

Having previously pencilled in likely sales of between $650 million and $700 million for the three months ending June 30, they now say the figure will in fact end up somewhere between $710 million and $740 million.