Boom in online traffic during lockdown prompts rush of demand for key photonic components needed in networks and data centers. 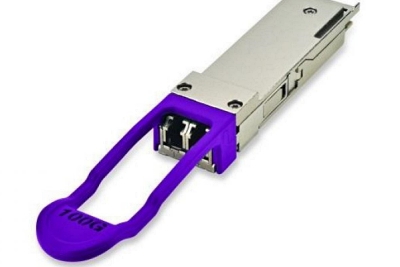 The stock price of optoelectronic component maker II-VI has risen in value sharply, after the company reported strong financial results for the opening quarter of 2020 and a confident outlook despite the challenges presented by the Covid-19 pandemic.

Revealing that demand for its photonic devices used in telecommunications, particularly transceivers, had surged throughout the quarter, CEO Chuck Mattera said that bookings were way above what the Pittsburgh company had forecast back in February.

At that time, when the novel coronavirus had already had a major impact in China but whose global significance was not yet apparent, Mattera and his colleagues had pencilled in an expected $50 million hit to II-VI sales in the March quarter.

While the II-VI team predicted that revenues in the period would be somewhere between $550 million and $600 million, the actual figure was $627 million.

That result, combined with a confident outlook suggesting that sales in the current quarter would rise to between $650 million and $700 million, saw the company’s stock price jump in value by nearly 30 per cent when markets opened May 12.

Telecoms demand
“Despite significant operating challenges, the extraordinary commitment of our employees allowed us to address the steep ramps requested by our customers, and to exceed the high end of our revenue and [earnings] guidance, with record bookings at 22 per cent above our forecast,” Mattera said.

During an investor conference call to discuss the results, the CEO went on to explain where that surge in demand was coming from, saying: “We've been told by one large OEM that US [web] traffic increased in the first week of the nationwide shelter-in-place orders by more than the increase for the entire prior year.”

Mattera added that demand within the communications market was strong across all aspects of the company’s telecom and datacom offerings - and being driven by the acceleration of the build out of the 5G deployments and other upgrades to network infrastructure.

This was most evident in II-VI’s transceiver business, where although sales in the March quarter were flat, bookings far exceeded company expectations. Mattera also said that sales of datacom components had risen 60 per cent compared with the same period last year, and that orders for reconfigurable optical add-drop multiplexers (ROADMs) had jumped 50 per cent.

In similar vein, demand for submarine pump lasers and wavelength-selective switches (WSSs) remained high, with many of the company’s manufacturing lines effectively “sold out”.

Sensing opportunity
Although II-VI has become much more aligned with the communications sector since last year’s acquisition of Finisar, the company remains extremely diverse in terms of its photonics product portfolio, and end markets.

One of the key end markets to have emerged in recent years is 3D sensing, which relies on VCSEL sources produced by a small number of manufacturers, including II-VI.

Although there is a fear in some quarters that demand for 3D sensing in consumer electronics devices could be hit by the inevitable coronavirus-related recession, Mattera said shipments hit a new high in the latest quarter.

“We also successfully completed the qualification of our Sherman, Texas, [VCSEL] facility as planned, and we have begun to ship production units as we continue our manufacturing ramp,” the CEO added, also telling investors that the company had gained market share in this application area.

With the Sherman plant open since early January, II-VI has become the only major supplier of VCSELs for 3D sensing in the US to be manufacturing on a six-inch semiconductor wafer platform - giving it a cost advantage over rivals working with smaller wafer sizes.

That advantage depends on the level of customer demand, something that II-VI CFO Mary-Jane Raymond admitted had not materialized as quickly as had been envisaged when the company made its move into VCSELs back in 2016.

But Raymond and her colleagues still see a market opportunity of around $1 billion in consumer-related 3D sensing applications.

Channeling Roosevelt
Quoting US president Teddy Roosevelt in the II-VI investor call, Mattera highlighted the decisiveness of the company’s operation in the midst of the Covid-19 outbreak in China, saying:

“Our China teams, in collaboration with our global emergency response and business continuity planning team, were able to bring all of our China facilities back to normal by the middle of March. It was a remarkable accomplishment, for which the whole team deserves great recognition.” 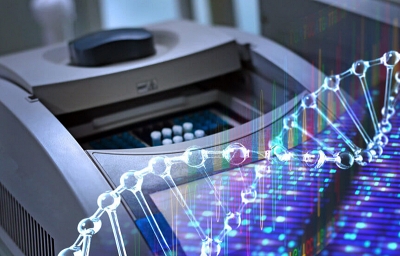 Observing the pandemic’s impact more broadly, he added: “The way the world works and delivers vital services, including telemedicine and distance learning, is changing rapidly and permanently.

“This evolution in human behavior is clearly stressing both [wired] and wireless infrastructure, and it is driving cloud operators and service providers to commit to significant infrastructure upgrades.

“I firmly believe that the beginning of a large and multi-year opportunity for II-VI is unfolding.”

In fact, Covid-19 has helped generate some additional business for II-VI. The company provides a number of key components for the polymerase chain reaction (PCR) equipment now widely used to detect the novel coronavirus in infected people.

Those components include thin-film optical filters, thermoelectric devices, and related subsystems. “We're proud to be able to support the rapid increase in the world's capacity for Covid testing to combat this pandemic,” Mattera said.

• Financial markets responded very positively to the II-VI update, sending the company’s stock up by as much as 30 per cent in early trading May 12.

At just over $46 on the Nasdaq, the stock has more than doubled in value since the mid-March crash - and is now close to the record highs it had reached in late 2018.