Japanese company has been making and selling cameras since 1936, but is now much more focused on medical technologies. 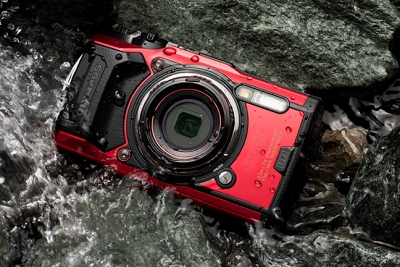 Olympus, one of the best-known brand names in cameras, is to sell off its imaging business.

Highlighting what it described as the “extremely severe” market for digital cameras, which has been undermined by rapid advances in smart phone capabilities in recent years, the Tokyo-listed firm has signed a memorandum of understanding that will transfer the unit to Japan Industrial Partners (JIP).

The move does not affect Olympus’ much larger and more profitable endoscopy business unit, which is consistent with the firm’s strategic plan to focus on medical technologies.

Operating loss
Dating back to its first camera launch in 1936, Olympus has long been synonymous with imaging, with the company introducing innovations such as the mirrorless interchangeable lens camera.

But despite that long-running pedigree and recent restructuring and streamlining efforts, the Olympus imaging business has continued to pile up losses.

For the financial year ending March 31, the unit posted an operating loss of ¥10.4 billion (approximately $100 million) as annual sales dived by more than 10 per cent to ¥43.6 billion.

In contrast, Olympus’ endoscopy division delivered an operating profit of more than ¥100 billion as sales ticked up to nearly ¥426 billion.

“Olympus has implemented measures to cope with the extremely severe digital camera market, due to, amongst others, rapid market shrink caused by the evolution of smart phones,” announced the firm.

Lens focus
Among the recent measures taken by Olympus was a restructuring of the unit’s manufacturing footprint, and a new focus on interchangeable lenses that promised higher margins than the market for standalone cameras.

“Despite all such efforts, Olympus’s imaging business recorded operating losses for three consecutive fiscal years up to the term ended in March 2020,” pointed out the company.

The company adds that it sees the move as the most appropriate way to realize sustainable and continuous growth for the imaging unit.

Olympus says JIP has a strong track record supporting such strategic carve-outs, and that it expects the move to realize continuous growth of the imaging business through advances in products and services.

The new business created by the pair is set to retain both research and development and manufacturing functions globally, although these are set to be reformed under the new structure.

The schedule for the switch anticipates Olympus and JIP signing a definitive agreement by the end of September, with the transaction set to close by the end of the year.