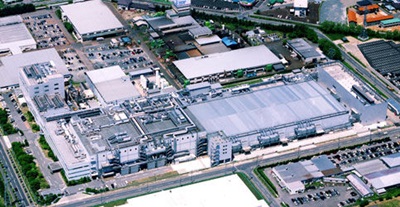 Sony is set to spin off its world-leading image sensor operation – reckoned by analysts to have around a 40 per cent share of the global market for such devices – into a separate division.

The giant Japanese company says that it has been implementing a series of measures to reinforce its devices segment and the imaging sensor sub-division, which it identifies as a key growth driver for the wider Sony Group.

“As part of these measures, Sony will adopt a new operational structure,” announced the firm.

“The aim of this new structure is to enable each of the three main businesses within this segment, namely the semiconductor, battery and storage media businesses, to more rapidly adapt to their respective changing market environments and generate sustained growth.” Image sensors sits within the semiconductor division.

Tomoyuki Suzuki, executive deputy president and “corporate executive officer” at Sony, will continue to oversee the “devices” segment after the change, which will see the image sensor unit become part of the newly established “Sony Semiconductor Solutions Corporation”.

Terushi Shimizu, currently deputy president of the device solutions business group within Sony, is set to become the president of Sony Semiconductor Solutions following the switch. It will have two subsidiaries – one confusingly named the Sony Semiconductor Corporation, and Sony LSI Design Inc. They will respectively cover semiconductor manufacturing and design operations.

Related functions including research and development, business control, and sales - currently overseen by central business groups within Sony Corporation - are set to be transferred to the Semiconductor Solutions affiliate once the new company starts operations next April.

Corporate strategy: image sensors key
The switch is part of the corporate strategy first announced by Sony in February 2015, in which the company outlined plans to sequentially split out various business units from central Sony control.

“The aim of these measures is to ensure clearly attributable accountability and responsibility from the perspective of shareholders, management policies with an emphasis on sustainable profit generation, and the acceleration of decision-making processes and reinforcement of business competitiveness,” the firm said. “The decision to establish Sony Semiconductor Solutions forms part of this strategy.”

Imaging sensors is seen as a key area of expertise that Sony can exploit. According to market analysts at Japan-based Techno Systems Research (TSR), the Japanese firm accounted for more than 40 per cent of the image sensor market last year. In total, the market is thought to be worth some $8.7 billion annually.

OmniVision Technologies, the US-listed company which is set to be taken over by a Chinese private equity group, ranks second with a 16 per cent share, just ahead of Samsung, reckons TSR.

Sony is believed to have benefited hugely from Apple’s adoption of its sensors in various products, including two in the iPhone 6, and earlier this year the Wall Street Journal reported that the Japanese firm was investing more than $1 billion in its image sensor fabrication facilities.

Back in February, Sony had identified its long-standing expertise in CMOS image sensors as a key growth driver for the company, saying that it would engage in “aggressive capital investment” to boost both production capacity and research efforts. That included a ¥45 billion (around $370 million) investment to increase production of stacked CMOS sensors at key sites in Nagasaki and Yamagata.

Next-gen endoscope
Sony has also been looking to exploit its sensor expertise in the potentially lucrative medical sector, partly by setting up the Sony Olympus Medical Solutions joint venture in 2013. That came shortly after Olympus – the world’s largest provider of endoscopes - was hit by scandal.

Just last month, Sony Olympus Medical Solutions announced that it was about to begin selling a new “ultra-high-definition” surgical endoscopy system it had developed alongside its parent companies.

They reckon that the “VISERA” endoscope, which incorporates Sony’s 4K “Exmor R” CMOS image sensor, new telescopic optics from Olympus, and a xenon lamp, will set a new standard in endoscopy.

According to the industrial imaging company Framos, the Exmor R sensor represented something of a “game-changer”, in that it showed how CMOS technology could truly compete with CCDs in nearly all machine vision applications. Unlike its predecessors, the fifth-generation design features back-side illumination, with microlenses and a color filter array on its top surface.

Meanwhile, following a series of rumors, Sony confirmed earlier this year that it was to stop making CCD sensors in March 2017, as CMOS technology further improves and the imaging industry increasingly adopts it. However, the company added that it would continue to support CCD products for another decade.