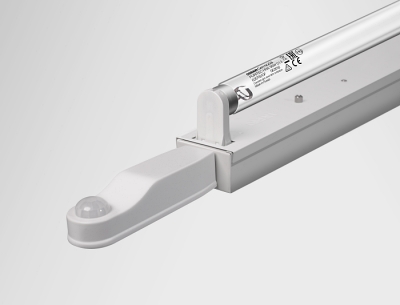 Osram, one of the biggest names in the lighting and photonics sectors, says it now expects annual sales to decline by at least 15 per cent in its fiscal year 2020, a result of both the Covid-19 pandemic and a steep decline in the automotive sector.

The Munich-headquartered company, which is due to merge with Austrian sensor firm ams by the end of this month, had initially expected this year’s sales to be close to the fiscal 2019 figure of €3.5 billion.

But that guidance went out the window as the significance of Covid-19 became apparent, and although Osram is now anticipating a slight recovery in demand in the September quarter, which marks the end of its fiscal year, the financial impact will be substantial.

The company’s executive team have now quantified the likely annual decline at between 15 per cent and 19 per cent - equivalent to somewhere in the region of €600 million.

By far the largest chunk of that slump will be seen in the current quarter, which ends June 30. For that, Osram is expecting sales to be down 35 per cent on the figure of same period last year - when it posted revenues of €850 million.

€100M cash hit
The impact on the company’s bottom line will be significant, with Osram now expecting negative free cashflow of as much as €100 million for the full fiscal year ending September.

“After an expected decline of business development in the third quarter, the Managing Board now expects a slight demand recovery in the upcoming months,” announced the firm. “The profound weakness of the global automotive business as well as a demand weakness in Osram’s core markets in Europe and the US will burden the development also in the fourth quarter.”

On the plus side, Osram does now see revenues increasing in China, while it says that the early measures it took have helped to mitigate the impact of the pandemic on its financial position.

Those included a variety of operational actions, for example short-time working, furloughing of some employees, and cuts to discretionary spending - as well as liquidity measures such as extending credit facilities.

“These measures will continue to be consistently implemented,” stated Osram, also pointing out that it would continue with the restructuring activities that had already been under way before the arrival of the novel coronavirus.

Meanwhile, the company remains on track to merge with ams by the end of this month. Back in March, just as the impact of Covid-19 was becoming felt across western Europe, the Austrian firm - much smaller than Osram - managed to secure full underwriting from a consortium including some of the world’s largest banks for a rights issue needed to complete the all-cash deal.

According to a Financial Times report ($), that left the banks with a stake in AMS worth around $550 million at the time.

The “UV-C HNS” lamps, which operate at the cell-destroying wavelength of 254 nm, are said to have already found use inside hospitals in Beijing and Wuhan, while Osram says it has also supplied 10,000 of the systems for Chinese nurseries.

The “AirZing” product range is in fact manufactured in Kunshan, China, where Osram claims a production capacity of 35,000 units per month.

Wilhelm Nehring, CEO of Osram’s digital business unit, said in a release: “We are working hard to increase the production volume of our UV‑C disinfection systems because they can make an important contribution to the fight against coronavirus.”