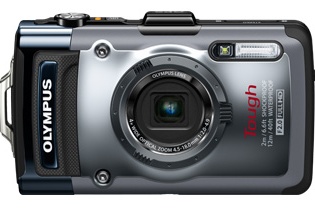 Michael Woodford, the former CEO who first revealed the extent of financial mismanagement at Olympus, is to receive a £10 million pay-off from the Japanese camera and optics company.

The whistleblower had filed an accusation of unfair dismissal against the scandal-hit firm in January this year under UK employment law, and reached a settlement with Olympus’ new management late last month. He has now withdrawn the action.

Meanwhile, Olympus is aiming to repair its stained reputation and restore credibility with a series of actions that include a special focus on the medical sector and a major program of restructuring to cut production and operating costs.

Under the corporate banner “back to basics”, the company is to reduce its workforce by 2700 within two years, equivalent to 7% of its global employee base. That will be achieved partly through a dramatic reduction of its manufacturing footprint.

Olympus currently has 30 production sites, but new company president Hiroyuki Sasa says that this will be cut to approximately 18 by March 2015. Specific measures will include consolidating its four sites in Nagano district into a single facility, and the closure of a site in the Philippines.

Focus on medical sector
The company’s core market sectors have also been redefined into three distinct business units, namely medical, life science and imaging – with a particular focus on growing the medical business, which is the largest of the three, through spending on research and development and capital equipment.

Sasa sees medicine as a key driver of profitable growth for the company, and has set a target to grow sales aggressively from ¥383 billion in the current financial year (ending next March) to ¥570 billion within two years. The Olympus president says that he is targeting a 25% share of the market for imaging in the operating room by 2015.

Under the new corporate plan, that will be achieved through a reinforcement of Olympus’ existing business in gastroenterology endoscopes, coupled with a “drastic” expansion of products aimed at meeting the requirements of an ageing society and the growing demand for minimally invasive surgery and techniques for early disease diagnosis.

Examples include expanding the sale of flexible endoscopes for applications in urology and otorhinology, along with the establishment of 22 new endoscopy training centers in Asia and extra investment in sales and service teams in China and India.

For the imaging business, which will bear the brunt of the restructuring, resources will be focused on cameras featuring mirrorless interchangeable lenses, and high-end compact cameras. Research and development spending will also be reviewed.

New compliance regime
The new president also wants to encourage a greater sense of freedom at the company, “where one can speak out without being censored”, in recognition of the treatment of Woodford after he had uncovered the scandal of reckless business investments in non-core business areas.

Reinforcing that point, three non-core companies in which Olympus had made highly questionable investments – Altis, News Chef and Humalabo – will either be sold on or liquidated by the end of the current financial year.

Overseeing a new management system to ensure that the scandal is not repeated will be a board of directors in which the majority of members will be external to Olympus and “highly independent”. The chairman of that board must be somebody other than the Olympus president, while a compensation committee to implement the pay of directors and executive officers will be established.

One of those executive positions will be the new role of “chief compliance officer”, while an external help-line for whistle-blowers will also be set up as part of the new compliance regime.