Lights out as Cree exits LED business with $300M sale

One of the pioneers of the solid-state lighting revolution focuses elsewhere as sales and margins shrink. 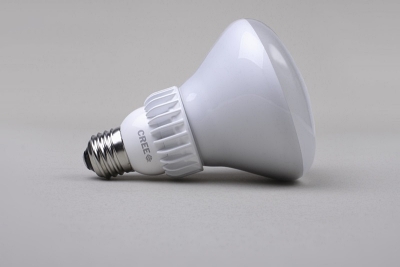 Cree LED: the brand lives on

Cree, one of the companies most closely associated with the development of high-brightness emitters now widely used in solid-state lighting, is to exit the LED business.

The Durham, North Carolina, firm, which along with the likes of Nichia, Osram, and Lumileds was instrumental in pioneering photonics technology now ubiquitous in homes, streetlamps, and cars, has agreed to sell its “LED Products” division in a deal worth up to $300 million.

SGH says that it plans to retain the "Cree LED" brand, which has been associated with high-quality LED chips and products for more than two decades.

“We are thrilled to welcome Cree LED to the SMART family,” said SGH's CEO Mark Adams. “As the leader in LED lighting technology with a highly respected brand and expansive patent portfolio, Cree has a track record of delivering best-in-class solutions and I am very excited about the opportunities that lie ahead for Cree LED as part of the SMART portfolio of products.”

However, the gross margin figure for the LED business was approximately half that of the Wolfspeed division.

Back in 2014, when Cree was first and foremost an LED lighting company with a small RF and power electronics division, annual sales attributed to the LED Products business unit peaked at $834 million. Since then those divisional revenues have fallen steadily, while profit margins have halved.

Cree had initially intended to either sell off or spin off what later became the Wolfspeed business and focus on LEDs and lighting, but after a planned sale to Infineon fell through in 2016 the company ended up reversing its strategy and acquiring Infineon’s own RF and power electronics business a couple of years later.

Then in March 2019 Cree sold its lighting business - comprising LED lamps, fixtures, and corporate lighting products - to Ideal Industries, in a similar deal to that now agreed with SGH.

First mover advantage
The latest move sees Cree exit an LED business that it had been instrumental in creating more than two decades ago.

Originally founded as a spin-out from North Carolina State University’s engineering laboratories back in 1987, within two years the company’s expertise in wide-bandgap semiconductor materials - and silicon carbide in particular - saw it commercialize a blue LED.

After listing on the Nasdaq in 1993, Cree’s research team pioneered the development of efficient, high-brightness blue and white LEDs, and the company was one of only a handful to overcome the early difficulties associated with growing light-emitting layers of gallium nitride on substrates made from different material.

Thanks to the close lattice match between silicon carbide and gallium nitride crystals, the approach worked well, with Cree and arch rival Nichia in particular vying for several years to produce the world’s best-performing blue semiconductor emitters.

That LED “arms race” saw the leading chip manufacturers of the time embark on various alliances and bouts of litigation to achieve market domination and healthy profit margins as the market for LEDs used in applications such as smart phone and TV backlights, car headlamps, and general lighting emerged.

However, fierce global competition - particularly from rivals in first Taiwan and then mainland China - saw those initial margins eroded as the market for solid-state lighting subsequently became more commoditized.

According to the terms of the agreement with SGH, Cree will receive an up-front cash payment of $50 million when the deal is closed, followed by $125 million in the form of a “seller note” that will come due in three years’ time.

Up to a further $125 million will be payable under an earn-out clause that is dependent on the LED Products division’s financial performance in its first 12 months following the change in ownership.

Assuming regulatory approval is granted, the switch of ownership should be completed by the end of March 2021.

• Investors reacted positively to news of the agreement with SGH, sending Cree's stock price up by around 7 per cent in early trading October 19.