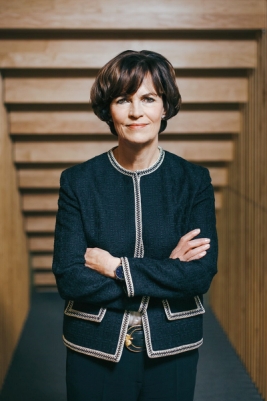 Trumpf, one of the world’s largest laser companies, has confirmed that its overall sales fell by 8 per cent in its latest financial year - with sales from its laser division specifically dropping 13 per cent over the same period.

And with orders also down 11 per cent on last year's total, company CEO Nicola Leibinger-Kammüller and colleagues are anticipating a sharper decline in sales in the current financial year.

“The lower level of incoming orders from the first half of 2020 will inevitably be reflected in a decline in sales revenues in 2020-21,” reported the firm in its latest annual report. “It is our overall expectation that sales will decline somewhat more sharply than the order intake.”

“We have been experiencing a slowdown in the global economy since fall 2018,” said Leibinger-Kammüller, referring to the impact of geopolitical tensions between the US and China, twinned with declining demand from the automotive industry.

“Then the coronavirus came along and changed everything,” she added in her introduction to the company’s latest annual report. “The formidable challenges resulting from structural changes in many sectors were intensified as a 'crisis within a crisis'. And this is still happening.”

EUV a rare bright spot
At just under €1.2 billion, sales from Trumpf’s laser division in the 12 months ending June 30 this year were down from the prior’s year’s total of €1.38 billion.

“The Laser Technology division fell significantly short of the previous year’s sales level,” observed Trumpf. “In addition to the structural change in the automotive industry and the resulting reluctance to invest, this is due to the declining market trends in Europe and China. Sales revenues in North America declined slightly, while a slight increase was recorded in the rest of Asia.”

Happily for Trumpf, demand for its ultra-high-power sources that are fundamental to the operation of extreme ultraviolet (EUV) lithography tools made by key customer ASML remains extremely robust.

Trumpf said that sales for EUV applications jumped nearly 20 per cent year-on-year to reach €460 million in the latest fiscal year, accounting for a huge chunk of divisional revenues. ASML has just reported its own latest quarterly results, and is anticipating a further increase in EUV demand next year.

But elsewhere - and particularly in machine tools - the picture looks very different. Highlighting figures produced by the German Machine Tool Builders’ Association (VDW), Trumpf said that there will likely be a drop in orders of around 30 per cent in 2020 overall.

“Production is expected to fall by 31 per cent,” added the Ditzingen, Germany, company. “In addition to weak global trade, VDW cites the coronavirus pandemic as one of the reasons for the downward trend.”

However, there appears to be light at the end of the machine tool tunnel: for 2021, VDW expects order intake to bounce back by 30 per cent, with production up by around 9 per cent.

Covid impact persists
While there are other areas of positivity - notably the use of laser diode arrays inside several smart phones, where Trumpf now has a significant stake thanks to its acquisition of VCSEL maker Philips Photonics - the impact of the coronavirus on the company’s financial results looks set to continue into next year. 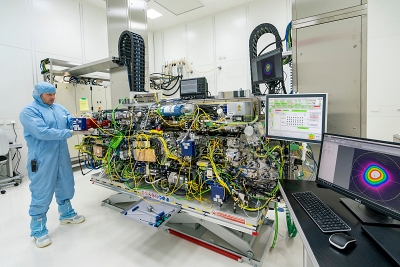 “We assume that the effects of the coronavirus pandemic will persist into the second half of 2020 and therefore do not expect the order intake to pick up until the first half of 2021,” stated the firm in its annual report.

And although in the 2019-20 period Trumpf was able to minimize the impact on company profitability - operating profit of €309 million was down from €349 million previously - margins are expected to take much more of a hit in the current financial year.

“All in all, we are anticipating an EBIT [earnings before interest and taxes] margin that is significantly lower than this year, but still positive,” predicts the firm.