Photonics giant shifts some production to sites in Vietnam and Malaysia to mitigate impact to supply lines. 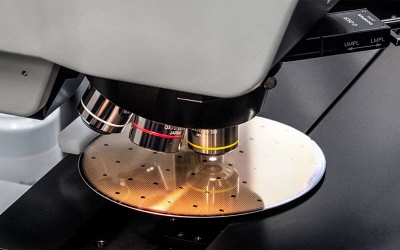 II-VI has reported quarterly revenues of $666 million for three months ending December 31, reflecting for the first time the full impact of the $3 billion merger with Finisar completed last September.

That figure easily beat the company’s earlier sales guidance, and was fully 9 per cent higher than a consensus figure produced by Wall Street analysts.

II-VI attributed the strong performance partly to a ramp in shipments related to 5G communications, alongside a recovery in demand for optical datacoms, and a sharp increase in sales of laser-based devices used in 3D sensing applications.

“For 3D sensing, we had record shipments from our fab in Warren, New Jersey,” CEO Chuck Mattera told an analyst call discussing the results.

“Growth more than doubled both sequentially and year-over-year,” he added. “The ongoing operational excellence and quality improvement initiatives at Warren have resulted in the manufacture of VCSEL arrays at high volumes with sustained high yield and high reliability.”

Sherman fab qualification
VCSEL shipments look set to further increase in the near future too, with a giant manufacturing facility in Sherman, Texas, that Finisar had acquired prior to the II-VI merger now expected to complete qualification before the end of March.

Bankrolled initially with support from Apple - VCSELs arrays are the key components in the “Face ID” security feature in recent versions of the iPhone - the Sherman fab produces devices on a 6-inch compound semiconductor wafer platform, meaning that they can be made at lower cost-per-device than by competitors working on smaller platforms.

However, it has taken Finisar and now II-VI much longer than originally anticipated to get the Sherman fab up and running. After an official ribbon-cutting ceremony in summer 2018, the site was originally expected to be operational more than a year ago.

$50M coronavirus impact
While the addition of Finisar enabled II-VI to post by far the highest revenues in the Pittsburgh-headquartered company’s history, the additional costs now being incurred actually pushed the firm to a pre-tax loss of $107 million.

In contrast, during the closing quarter of 2018 II-VI had been able to post a pre-tax profit of $35 million on sales of $343 million.

Meanwhile, the company’s balance sheet now shows more than $2.2 billion in long-term debt that reflects the financial impact of the Finisar deal.

An additional complication for Mattera and his colleagues is the emergence of the novel coronavirus in China, where the combination of II-VI and Finisar employs thousands of workers.

II-VI said that the short-term impact of the virus would likely hit revenues by around $50 million in the current quarter, with total sales for the period likely to end up somewhere between $550 million and $600 million.

“We have been in daily communications with our China-based employees and the local governments where we operate to be sure we are fully knowledgeable of the changing landscape and fully compliant with the requirements,” Mattera told investors.

“Beginning today [February 10], about a third of our China workforce returned to work. Our operating model for the quarter contemplates that they will all be back to work within the next several weeks.”

Mitigating factors
The CEO reminded the conference call attendees that although China represents a key manufacturing center, II-VI also has a significant production footprint in other parts of Asia that should help mitigate the impact of the virus on its business.

“We are working closely with our strategic customers to shift some demand to our factories in Malaysia and in Vietnam to mitigate any impact to their supply lines,” he said.

Alongside the addition of Finisar has come a huge uptick in spending on research and development activity. At nearly $108 million in the latest quarter, that total has more than trebled from $34 million in the closing quarter of 2018.

II-VI CTO Giovanni Barbarossa explained that part of the increase was due to significantly higher spending on the development of coherent optics technology.

“[We] are pleased with the progress in transmitters and receivers, including tunable sub-assemblies as well as in transceiver modules,” he told investors.

• Following the update II-VI’s stock was up 7 per cent in early trading February 11. At just over $38 on the Nasdaq, the company’s stock price now equates to a market capitalization of around $3.5 billion.