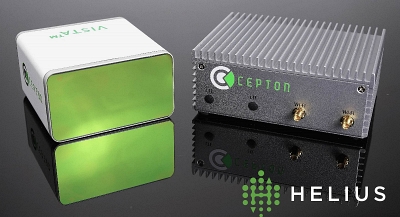 Silicon Valley lidar firm Cepton Technologies says that it expects this year to be a “transformational” one, thanks to a new $50 million injection of funding that should enable it to ramp up development activity.

One of dozens of competing players looking to benefit from the auto industry’s desire to use advanced sensor technology in vehicles for driver assistance and, eventually, autonomous driving, the company has attracted the bulk of the funding from the Japanese car parts giant Koito.

While Cepton says that other investors took part in what it has designated to be a series C funding round, Tokyo-listed Koito announced that it had made a $50 million investment.

“This brings Cepton’s total funding to nearly $100 million, providing a strong foundation to substantially ramp up its research and development efforts, expand its footprint in the automotive market, and support major customers worldwide,” noted the San Jose firm, adding that Koito will obtain non-exclusive rights to manufacture and sell Cepton’s lidar sensor design for an automotive application, using key components supplied by Cepton.

Lidar for ADAS
Cepton says it will use the proceeds to accelerate development and deployment of its advanced lidar technology in ADAS (advanced driver assistance systems) applications, as well as for autonomous vehicles, and other fast-growing areas such as smart cities, intelligent transportation systems, and security.

“For ADAS and autonomous driving vehicles, high-accuracy sensors such as lidar sensors, cameras, and millimeter-wave radars are essential to monitor surroundings,” pointed out Koito in its own release announcing the deal. “Along with development of lighting technologies to support driver and mechanical visibility, Koito is working to develop various sensors.”

Its $50 million Cepton stake represents one of those efforts, with the Japanese firm pointing to long-range sensor capability and a wide field of view as two of the key selling points of the technology.

While Cepton has not revealed specific details of that technology, it does say that the scanning techniques employed are different from conventional ones that rely on mechanical rotation or scanning mirrors.

A patent application from 2016 assigned to Cepton that names co-founder and CEO Jun Pei as one of the inventors suggests that the approach uses laser pulses and is based on time-of-flight (ToF) technology.

FMCW is more complex from a component point of view - for example demanding an extremely narrow-linewidth laser source - but its proponents believe that it offers a far superior performance compared with ToF.

One of those proponents is Intel, some of whose developmental work was detailed in a presentation at last week’s SPIE Photonics West event in San Francisco.

Speaking during a conference on silicon photonics technologies, Jonathan Doylend from the Santa Clara chip giant explained that by using a frequency-chirped laser signal it was possible to generate direct velocity measurements thanks to the Doppler effect.

Doylend pointed out that, unlike ToF systems, it means the FMCW approach allows immediate discrimination between stationary and moving objects, and can tell which direction those objects are moving in. "That's the big motivation for FMCW lidar," he added.

Hybrid laser
Doylend told delegates that by building on the advances made in silicon photonics for optical communications, Intel was working to combine its hybrid indium phosphide-silicon laser technology with a variety of photonic components including amplifiers and beam splitters, in a bid to develop an all-chip FMCW lidar system suitable for mass production and integration with cars.

Other companies known to be working on the FMCW approach include the Bozeman, Montana, firm Blackmore, which was acquired by Amazon affiliate Aurora Innovations last year, as well as Insight Lidar, a subsidiary of Insight Photonic Solutions inspired by the company’s earlier work in optical coherence tomography (OCT), plus the Californian startups SiLC Technologies and Aeva, and Australia's Baraja.

Meanwhile Pei is hopeful that the latest investment from Koito will prove to be a game-changer for his company.

“Since Cepton was founded in 2016, we have made great strides in advancing the state-of-the-art in lidar technology and bringing the benefits of lidar-based solutions to a variety of markets,” he claimed.

“With this latest investment round, the year 2020 is poised to be truly transformational for Cepton’s future. Combining Koito’s world leadership in automotive lighting and their world-class quality, reliability and manufacturing with Cepton’s award-winning lidar solutions presents a tremendous opportunity to make deep inroads into the automotive market.”