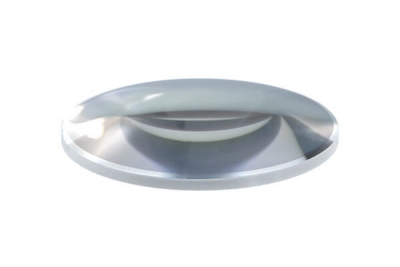 II-VI says it is confident of “disrupting the status quo” across a number of photonics markets, as it looks to exploit the additional scale and technological capability captured through its recent acquisition of Finisar.

Representing the largest acquisition in the history of II-VI, the $3.2 billion deal has created the world’s largest provider of components and subsystems for optical communications.

Commenting on the evolution in a call to discuss the company’s latest quarterly financial results, CEO Chuck Mattera also described II-VI as the “undisputed leader” in photonic solutions.

By coupling the company’s already diverse offering with the ability to offer Finisar’s previously captive indium phosphide (InP) laser capability on the open market, he is confident that the firm will be able to benefit from some major market opportunities that are beginning to emerge.

Enabling megatrends
The CEO says that the highly diversified II-VI, which is also a key producer of high-power laser optics and welding heads, stands to benefit from a number of “megatrends” including 5G communications infrastructure build-out, 3D sensing, and the transition from combustion engines to electric vehicles.

”[We’re] enabling the change that the world is experiencing today as it becomes more connected, intelligent, mobile, and electric,” said the CEO.

However, II-VI is currently experiencing some disruption of its own at the giant wafer fabrication facility in Sherman, Texas, where it plans to make vertical cavity surface-emitting lasers (VCSELs) in enormous volumes.

Mattera said that although the fab itself had recently been qualified, a “technical issue” had caused a delay in shipments to a key customer.

”We are working closely with our largest 3D sensing customer to implement and qualify the improvements identified,” the CEO told the investor call, adding that the issue should be fixed in time for II-VI to resume shipments by the end of next March. Originally, the plant was expected to be up and running by the end of 2018.

”This is all normal for a semiconductor laser fab,” Mattera added. “We’ve been through this [before] in our history, and it’s a top priority for us.”

While that issue is being addressed, II-VI will meet VCSEL demand through its other wafer fabs, located in New Jersey and Pennsylvania.

Pump lasers 'sold out'
With such a diverse range of offerings, identifying the individual market trends impacting the II-VI business is a complicated business. But, like many other companies in the photonics business, macroeconomic weakness and ongoing trade disputes have dragged on sales in recent quarters.

At $340 million, II-VI’s revenues for the September quarter were up very slightly on the same time last year - once Finisar’s contribution of $22 million is discounted.

That was partly thanks to a particularly strong quarter for sales into aerospace and defense applications, while another area of strength is 980 nm pump lasers. II-VI chief strategy officer Giovanni Barbarossa said that the pull from 5G build-out meant that the company was effectively “sold out” of pump lasers, with a $30 million backlog for submarine pumps alone.

In contrast, sales of optics and other parts used in industrial laser applications were down 10 per cent on last year, with most of that decline attributed to weakness in China and Europe.

”This may persist into calendar 2020, though we believe that the long-term demand for laser processing of materials will return to growth - especially for innovative solutions that enable higher laser powers and increased levels of automation,” added Barbarossa.

3D sensing units qualified
Turning to the 3D sensing business, for which II-VI has invested massively in its VCSEL production capacity, Barbarossa indicated that 2020 would be something of a breakthrough year.

II-VI has just shipped its first fully integrated 3D sensing module, for an Android mobile phone application, and is also now qualified with a major automotive customer for an in-car 3D camera.

”We are in active discussions with multiple automotive customers and supply chain partners, who will be rolling out the 3D technology over the next five years,” Barbarossa told investors.

”Safety standards are driving interest in and adoption of in-cabin driver and passenger monitoring, internal control, and high-resolution 3D sensors external to the car for short-range proximity detection.”

• Looking ahead, the II-VI executive team said that quarterly sales in the December quarter - the first to include a full contribution from Finisar - should be around $610 million, with the company working towards annual cost savings of $150 million related to the Finisar deal.

That outlook prompted something of a muted reaction from financial markets, with II-VI’s stock price dropping in value by 8 per cent shortly afterwards. Now trading at around $32.50 on the Nasdaq, the company commands a market capitalization of just under $3 billion.

Following completion of the Finisar acquisition, the II-VI balance sheet now shows $2.4 billion in long-term debt that was used to finance the deal.