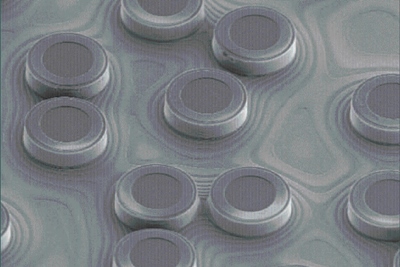 ams, the fast-growing Austrian firm specializing in sensor technologies, has revealed plans to launch a €4.2 billion bid for the lighting and photonics giant Osram, trumping an offer already made by a private equity group.

The €38.50-per-share price offered by ams represents a 10 per cent premium on the bid made by Bain Capital and The Carlyle Group, which Osram’s management has already recommended to its shareholders.

However, that private equity bid is yet to be voted on by the Osram shareholders, and requires approval from 70 per cent of the ownership if it is to proceed.

Cash commitment
Prior the private equity offer, which was made public in early July following much speculation, Osram had been in preliminary discussions with ams about a similar move.

ams says that it now has “fully committed” funding for a cash deal - largely in the form of a bridging loan from banks HSBC and UBS, although a subsequent rights issue, bond refinancing, and sale of Osram’s digital lighting business are also key parts of the plan.

“The combination of ams and Osram creates a global leader in sensor solutions and photonics with tangible benefits for customers,” announced the company’s executive team as they revealed details of their bid.

ams’ CEO Alexander Everke added: “The proposal is compelling for all stakeholders of Osram. We offer a long-term plan which we can execute from a position of strength, based on continuous investment and growth.”

Everke also says that ams intends to protect manufacturing activities in Germany, partly by investing in Osram’s huge Regensburg site and hosting what would become the joint company’s front-end LED production there.

“This strategy is augmented by the commitment to not change, for a period of five years, the collective bargaining agreements, existing shop, and other similar agreements,” added the CEO, also stating that existing pension plans will not be changed.

If the bid is successful, consolidation will instead take place across the joint entity’s three major back-end manufacturing facilities in Asia, where both firms have invested heavily in Singapore.

However, for any progress to be made towards that plan, Osram’s executive management will need to waive a so-called “standstill agreement” signed as a pre-condition for ams accessing due diligence on Osram back in June.

ams has now submitted its fleshed-out and funded proposal to Osram, and says it is ready to launch the offer formally on August 15 – conditional upon the standstill agreement being waived.

“We trust that Osram will waive the standstill agreement and allow its shareholders to benefit from our offer,” Everke said. “This will clear the way for Osram and ams to create a winning combination. Together, we can rely on great employees, products and technology to become a global leader in sensor solutions and photonics.”

Complementary businesses
Osram, which is yet to comment on the ams bid publicly, said during the company’s latest earnings call that the offer made by Bain Capital and The Carlyle Group was “attractive”, and would support the ongoing transformation of the company as it dealt with the twin complications of the solid-state lighting revolution and major upheaval in the automotive industry, with which Osram has long had a strong connection.

ams stressed that one of the benefits of its own offer to acquire Osram would be the largely complementary nature of the two businesses: Everke highlighted that while Osram was mostly focused on the industrial and automotive sectors, ams' key strengths were in consumer and medical markets.

Specific examples of technologies where the two firms' expertise could be fused include "highly innovative" combinations of sensors and displays, including new microLED designs, and lidar sensors for autonomous vehicles. The combined entity could also offer a wider variety of lidar options, including both VCSEL and edge-emitter designs, to a broader customer base.

If the ams bid does end up proceeding, the Austrian firm says that it would expect to complete the acquisition during the first half of 2020. The company’s senior team added that it would commit to retaining Osram's headquarters in Munich with a “meaningful” presence, and to enter into location safeguarding agreements for all its manufacturing sites in Germany, for a period of three years.

The move would create a sensing and photonics giant with a turnover in the region of €5 billion, with technology expertise across light emitters, integrated circuits, optics, detectors, and algorithms.