Value of Neophotonics, Lumentum, and II-VI all slump after blacklisting order by US government. 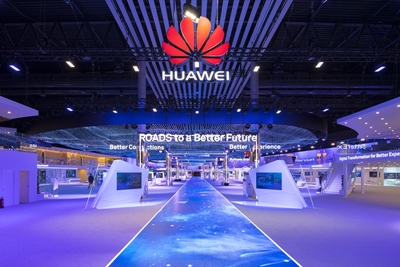 Shares in optical component and module makers Neophotonics, Lumentum, and II-VI have slumped in value, after President Trump signed an executive order banning the supply of communications technology to “foreign adversaries”.

Announced the same day that the US Department of Commerce identified China-based Huawei Technologies as “engaged in activities contrary to US national security or foreign policy interest”, the ban looks certain to impact sales of photonics-based products.

San Jose’s Neophotonics appears to be the most exposed to the latest move in the escalating trade war between the US and China. According to its most recent “10-K” filing with the Securities & Exchange Commission (SEC), 46 per cent of Neophotonics’ 2018 sales were destined for Huawei – equivalent to just under $150 million.

The company, which sells a range of laser devices, light engines, optical switches, passive components and more, slumped in value by around a third across two days of trading following the May 15 rulings.

Lumentum and II-VI also hit
Lumentum, which sells a much more diverse portfolio of products, including high-power fiber lasers for materials processing and VCSEL arrays for biometric security and related applications, dropped in value by around 12 per cent over the same period.

During its fiscal year ending June 2017, just under 17 per cent of Lumentum’s sales were to Huawei – equivalent to approximately $170 million. And although that proportion dropped in the following year, Lumentum has since acquired Oclaro, whose own 10-K filing for the same period indicated $90 million in sales to Huawei.

Another company that looks likely to be impacted is II-VI. The Pittsburgh-headquartered firm, which is more diverse than either Neophotonics or Lumentum, is in the process of acquiring the photonics chip and module maker Finisar.

According to Finisar’s 10-K filing for its fiscal year ending 2018, 11 per cent of the company’s $1.3 billion sales were to Huawei. II-VI’s stock also dropped in value by more than 10 per cent across the two days following the Department of Commerce notices.

II-VI’s pending acquisition of Finisar has been approved by all but one regulatory authority. The fifth and final approval, in China, is still being sought. When discussing the company’s latest financial results with investors, Mattera indicated that this was progressing well, with a final decision expected sometime this summer.

While the impact on all the US-headquartered firms supplying Huawei may be significant, the blacklisting of Huawei may also benefit rivals including Nokia and Ciena. Shares in both those firms rose in value following the Department of Commerce notices, and may offer an alternative sales opportunity for the photonics companies impacted.

Back in 2012, the Chinese company also acquired the Centre for Integrated Photonics in the UK. The following year, Huawei bought the imec silicon photonics spin-out Caliopa, and as recently as last week it announced plans to invest €35 million in a Paris research laboratory.

“We continue to monitor what appears to be a deteriorating situation between the US and China related to their ongoing trade negotiations. The escalation in tariffs as well as the recent supply chain executive order and Department of Commerce action against Huawei are cause for increasing concern as those actions disrupt the supply chain and run counter to all-important market access.”

“The globally integrated, complex supply chain that underpins our industry requires the world’s largest economies to lead the way by establishing rules that ensure access to markets and protect intellectual property. Reaching an agreement that is aligned with SEMI’s global trade principles would be mutually beneficial to the two nations as well as our global industry, and we are hopeful that such an agreement can still be reached.”

• update: Lumentum subsequently announced that it intends to comply with the US Department of Commerce notice regarding Huawei, and that it had discontinued all shipments to the Chinese firm. The move is expected to reduce its current quarterly sales by between $30 million and $35 million. It added that for its fiscal year 2019 year to date, sales to Huawei represented approximately 15 per cent of total revenues.