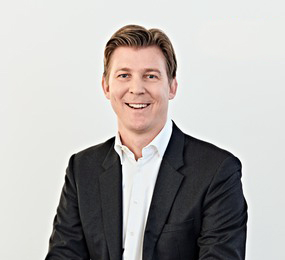 Machine vision and camera giant Stemmer Imaging has published preliminary figures for its 2018/2019 financial year. The company generated an increase in revenues of 8.3% to €109.0 million in the year to 30 June 2019. Pre-tax earnings totaled €10.0 million (€10.6 million in prior year).

In what the company described as “a challenging market environment,” Stemmer achieved its revenue guidance of €108 to €111 million. Its results statement said, “Our broad diversification across all major European markets and low dependence on specific end markets contributed to this result.”

This past year, the company has also restructured its sales organization and expanded its range of products and services. In the past year, order intake rose by 5.6% to €112.9 million. Stemmer has also made several acquisitions, notably French company Elvitec, in July 2018, Spanish firm Infaimon, in May 2019, and investment in Austrian Perception Park/

By these acquisitions, Stemmer’s overall sales network was significantly extended and product range supplemented by applications such as hyperspectral imaging and robot-bin-picking systems. The company says it is now represented in all major European markets with its own locations and staff.

This week’s financial statement also noted, “Dependence on the German sales market was also reduced due to significant increases in sales in regions such as Scandinavia and France; the share of sales in Germany is below 50% for the first time.” However, integration costs had a “negative impact” on earnings in the first half of the year 2018/2019, but in the second half of the financial year, synergy effects, such as purchasing advantages and the reduction of redundant structures had a “positive impact on profitability.”

In May, 2019, Stemmer announced that it had successfully started to trade on the Prime Standard of the Frankfurt Stock Exchange.

Lars Böhrnsen, CFO, commented, "We are satisfied with the development in the latest financial year. Our acquisitions complement each other both geographically and in terms of technologies. We are optimistic about tasks ahead and intend to keep on pursuing our growth path vigorously. The move to the Prime Standard increases our attractiveness for further investors." 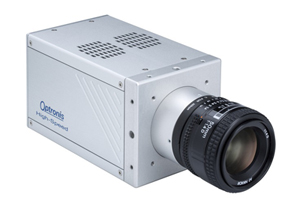 The company advised that this week’s figures are provisional and that it will publish the final figures for the 2018/2019 financial year on 26 September 2019.

Newly-launched by Stemmer, the Optronis CamRecord is an MV camera specified where “fast-moving production processes need to be analysed or high-speed events need to be captured.” Suggested application areas range from the laboratory to crash tests.

The CamRecord is available in four models, offering varying resolutions and frame rates, along with numerous event trigger modes including gated recording or pre-event recording. Stemmer comments, “The optical trigger which uses changes in the image to act as a start signal obsoletes a physical trigger input.”