Leading edge of 5G network deployments and a strong uptick in bookings from China and India help fill the order book. 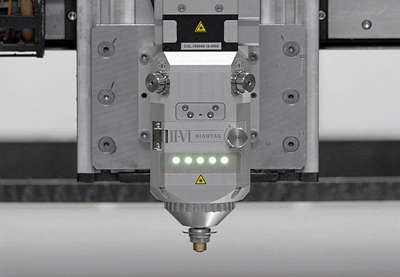 Diversified photonics and materials company II-VI says that it has sold out of several lines of products used in optical communications networks, following an “explosive” bounce in orders from China in March.

The Pittsburgh-headquartered firm has just posted net earnings of $24.6 million on sales of $342 million for the quarter that ended March 31. Those figures represented a slight tick down compared with the December quarter, while market demand for VCSEL array components for 3D sensing applications remains in the doldrums.

But that slackness looks as if it will be offset in the near term by strong global demand for networking components, coupled with the early build-out of new high-speed 5G communications.

Sold out
II-VI’s CEO Chuck Mattera highlighted an 80 per cent year-on-year increase in orders for reconfigurable optical add-drop multiplexer (ROADM) products as evidence for that jump in demand, which appears particularly strong in both China and India.

“We’re expanding our capacity,” Mattera told an investor conference call discussing the latest figures. “We are sold out of our pumps, our passives, our amplifiers, our [optical] channel monitors, our wavelength-selective switches. We’re in a state of extreme demand.”

The CEO added that the company’s wavelength-selective switch (WSS) products had also now been qualified for submarine network deployments.

With solid demand across several other product lines, notably optical components for extreme ultraviolet (EUV) lithography systems used in state-of-the-art semiconductor device production, he added that the current lull in 3D sensing should be resolved in the second half of the year, as phone makers gear up in advance of the holiday season.

In the meantime, II-VI has looked to accelerate its cost-cutting plans in the 3D sensing part of the business, although Mattera also announced that the company had recently secured a key design win with a leading producer of Android phones. Revenues for that deal should start rolling in next year.

II-VI has also made a significant strategic move to expand its presence in the emerging field of laser-based directed energy weapons. With such systems now at an advanced phase of testing with the US military, II-VI has spent $30 million on the acquisition of Redstone Aerospace.

Founded back in1997, Colorado-based Redstone is said to have broad experience in opto-mechanical subsystems, including design and fabrication of beam directors and high-precision pointing gimballed mechanisms for both NASA and the US Department of Defense.

Representing II-VI’s second recent acquisition in the area of directed energy systems - last year the company acquired the Prism Award finalist Optonicus, which is working on beam-combining techniques - Mattera said that, while small right now, the emerging field could contribute as much as $200 million to II-VI revenues over the next five years.

Finisar update
Commenting on the company’s move to acquire the major photonic component maker Finisar, Mattera told investors that four out of five regulatory authorities had now approved the approximately $3 billion deal. The fifth and final regulatory approval is still awaited in China, although that appears to be progressing well and is still expected this summer.

With both Finisar and II-VI shareholders also approving the acquisition overwhelmingly, Mattera said that now looked like the “opportune time” to combine the businesses, ahead of what he expects to be a boom in demand across the various 5G networking, 3D sensing, and hyperscale data center sectors.

The company sees the anticipated combination of its existing gallium arsenide (GaAs) material platform with Finisar’s complementary indium phosphide (InP) expertise as a significant advantage in 3D sensing and lidar, describing the well-known Apple iPhone application of the technology as the “tip of the iceberg”.

II-VI is looking towards major future deployments across automotive, security, virtual and augmented reality, and video game consoles as the technology matures and costs are reduced through volume scaling.

For the current quarter ending in June, also the closing quarter of II-VI’s fiscal year, Mattera and colleagues expect to deliver sales of $343 million to $353 million.

• The upbeat messages from II-VI appeared to cut little ice with the financial markets, with the company’s stock slipping in value by 5 per cent on the Nasdaq exchange after the investor call. Trading at just under $38 per share early May 1, II-VI currently commands a market capitalization of around $2.4 billion.