But company believes it is gaining traction with 12 kW fiber lasers in ‘challenging’ market. 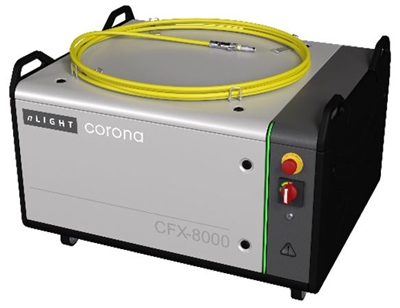 Laser diode and fiber laser firm nLight says that a combination of tariff-related trade tensions and an increasingly competitive market in China hit its latest quarterly sales in the region.

At $48 million for the three months ending June 30, the Vancouver, Washington, company’s sales were down 7 per cent on the same period last year – just after it had listed on the Nasdaq following an initial public offering (IPO) of stock.

Profitability also fell sharply, with nLight recording a small net loss as its gross margins were hit by around $0.8 million in tariff-related costs. The company is now of the view that those tariffs are probably here to stay, and in a bid to minimize the impact is looking to switch different parts of its own business and its supply chain both to and from the US and China.

Challenges in China
Predicting a further decline in sales for the current quarter, CEO Scott Keeney told an investor conference call that despite the disappointing market outlook, he was still confident that the company was well positioned for long-term growth.

“While China remains one of the largest markets for industrial lasers, we expect the Chinese industrial laser market to decline year-over-year in 2019. This is the first time this market has declined since we entered China in 2004.”

That outlook, which mirrors a projection presented by Han's Laser's CTO Qitao Hue at the LASER World of Photonics event in late June, is attributed by Keeney and his colleagues to a combination of the ongoing US-China trade war and aggressive pricing in the region.

nLight is not the only fiber laser company to be feeling that impact. Last week IPG Photonics, thus far the overwhelmingly dominant player in the industrial fiber laser sector, admitted that even it was suffering from the rapidly changing environment in China.

Price pressure
Meanwhile Coherent’s veteran CEO John Ambroseo has predicted that the fiber laser market will go the same way as that for LED chips, solar cells, and LCD screens before it, and become dominated by Chinese providers.

That trend appears to have accelerated in recent weeks, particularly in the lower-power segment of the market where there are several domestic providers in China, and is driving prices down rapidly.

Keeney says that, as a result of that trend, the overall market for industrial lasers in China is expected to decline this year. “It's the first time we’ve ever seen that happen,” he reiterated.

Nevertheless, he pointed out that even in China there is growing customer interest in high-power offerings, where there is a less competitive landscape. Sales of nLight’s 6 kilowatt-and-higher fiber lasers grew year-on-year, with the CEO adding:

“During Q2, we generated revenue from our 12 kilowatt product, and [we] expect volumes for our ultra-high-power products to continue to ramp in the second half.”

Outside of China, Keeney says that there is plenty of customer interest in the company’s programmable fiber laser, sold under the “Corona” brand name, which is now available in 6 kilowatt and 8 kilowatt formats.

“While cutting is driving Corona sales today, we are seeing growing interest from customers [for] other applications such as welding and additive manufacturing,” the CEO told investors.

nLight sales attributable to aerospace and defense applications jumped 30 per cent year-on-year in the June quarter, benefiting from what Keeney described as “higher activity at several long-running programs where lasers are critical components”.

“Within directed energy, we are aggressively developing our technology and we continue to gain traction with leading customers,” he added. “While current activity and directed energy remains focused on development programs, over the coming years we see significant opportunity for growth from this market.”

Keeney picked out the US Navy’s “HELIOS” [High Energy Laser and Integrated Optical-dazzler with surveillance system] as one project where nLight is directly involved, telling investors:

“We’re supplying the key semiconductor laser technology. We've got differentiated technology that is lower weight, smaller size, [and] very efficient. And we think we're very well positioned in this space.”