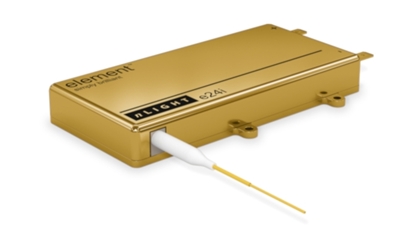 nLight, the Vancouver, Washington, developer of high-power semiconductor and fiber lasers, has reported annual sales of $191.4 million in its first year as a public company.

That represents a 38 per cent jump on the figure posted for 2017, but the rate of growth is set to slow this year with the impact of the ongoing trade dispute between the US and China.

CEO Scott Keeney said that results in the final quarter, during which nLight delivered an operating income of $2.2 million on sales of $46.2 million, demonstrated the diverse reach of the firm’s lasers - both in terms of end markets and geographies.

“While conditions in the Chinese industrial market remain challenging, we see expanding opportunities with fiber laser customers in other Asian markets, North America, and Europe,” he added.

“We accomplish rapid beam programmability through an all-fiber technology that does not require add-on optics, special process heads or fiber, or over provisioning of mobile lasers in the same tool,” said the CEO. “We believe this approach provides end users true flexibility in optimizing their beam profiles for this specific job and material.”

Keeney added that the Corona laser should help nLight to grow its fiber laser sales outside China, where the company has historically sold the majority of its products.

“We expect Corona to play a key role in continuing to expand our global presence in industrial end market in 2019 and beyond,” he said.

Defense bump
nLight has also witnessed a strong bump in demand for applications in high-power directed energy laser weapons, with defense-related sales rising 60 per cent between 2017 and 2018.

That rate of expansion will not be repeated in 2019, but Keeney said that he felt the future market for laser weapons was becoming clear, and represented an important long-term opportunity.

nLight has a long history of working with the US government and various major defense contractors in the area of laser weapons, thanks in large part to its technology development in high-reliability laser diodes.

While visibility in China remains limited with the ongoing trade and tariff impasse, Keeney told investors that there had been some more positive signs in recent weeks. “Certainly we are seeing [an] increase in orders,” he said. “We are seeing some positive improvement but everybody is waiting for resolution.”

For the current quarter, the nLight executive team is predicting that revenues will end up somewhere between $40 million and $44 million, and although the company did not issue specific guidance for the full year, it expects to register “moderate growth” over the full year.

• Following the latest update, nLight’s stock price slipped back around 5 per cent on the Nasdaq. Currently trading at just below $21, the company is down around half from its peak value, reached around a month after it floated on the Nasdaq in April last year.