Deal could increase in value to nearly $1 billion if all options are taken up. 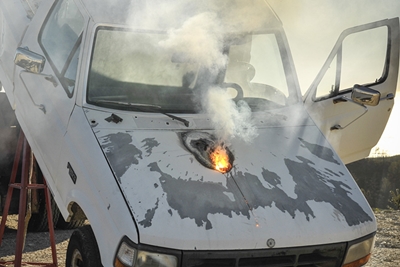 Awarded by the US Navy, via a project called “Navy Laser Weapon System Increment 1”, the contract will see Aculight develop, build, and deliver two laser test units in fiscal year 2020 – one for a DDG 51” class US Navy destroyer, and a second for land-based testing.

HELIOS
The laser equipment is referred to as the High Energy Laser and Integrated Optical-dazzler with surveillance system, or “HELIOS” for short.

The value of contract could increase dramatically, with the US Department of Defense (DoD) announcing: “This contract includes options which, if exercised, would bring the cumulative value of this contract to $942,818,114.”

That DoD note specifies that just over half the value of the work will be performed in Bothell, Washington, where the Aculight division is based, with the bulk of the remainder in Moorestown, New Jersey. The anticipated completion date is April 2020.

The latest award comes just a few months after the Lockheed division won a $26.3 million contract to lead a project adapting a high-power fiber laser weapon for use on board a fighter aircraft.

That expertise stepped up a gear a decade ago, when the defense contractor giant acquired Aculight – at the time a small, privately owned venture that had grown to employ around 90 people since being founded in 1993.

Aculight is known to have developed spectral beam combining technology, where several high-power beams emitting at slightly different wavelengths are combined to ramp up the overall power of the weapon. Four years ago the firm's engineering team delivered a 30 kW prototype based on this approach, with 100 kW generally regarded as the power needed for an effective laser weapon.

The Aculight division also develops scientific lasers, and its “Argos 2400” optical parametric oscillator source was shortlisted for the 2014 Prism Awards.