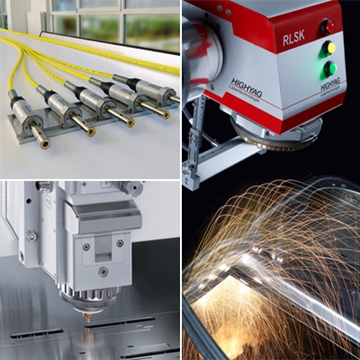 Pittsburgh-headquartered II-VI has posted annual sales in excess of one billion dollars for the first time in its 47-year history, and expects to see that momentum continue across its key markets in the near future.

The diversified photonic component and subsystem maker reported sales of $1.16 billion for the 12 months ending June 30, up 19 per cent on the prior year. At $321 million, sales in the closing quarter of the company's fiscal year were well above the $300 million figure predicted three months ago - and up 17 per cent year-on-year.

CEO Chuck Mattera attributed much of that growth to momentum in targeted emerging markets - including areas like extreme ultraviolet (EUV) lithography and VCSELs for 3D sensing - which together contributed about half of the annual sales rise.

“Our strategic investments in technology and manufacturing scale, including those aimed at keeping our product portfolio differentiated, continued during the early adoption phase of several new emerging markets,” Mattera said in a company release.

Fiber lasers, EUV demand
In a conference call with investors, the CEO continued: “II-VI had a great ending to a great year.” He indicated that, in contrast to last week's pessimistic commentary from IPG Photonics, II-VI had racked up record bookings in the month of July, with no apparent slowdown of demand in the area of fiber lasers.

While II-VI does not compete directly with IPG, it does supply fiber laser delivery head components to some 30 of IPG’s rivals, many of which are based in China.

II-VI CFO Mary-Jane Richmond also pointed out that industrial laser utilization levels - a key demand metric for the company, since it provides replacement optics for carbon dioxide lasers - were currently at their highest level in five years.

Part of the reason for that is the burgeoning area of EUV, where II-VI has developed hard-wearing diamond optics for the giant lasers that power EUV light sources, as well as more conventional zinc selenide lenses and other undisclosed components used in the huge lithography systems sold by ASML.

Sales of those EUV-related products are currently rising at a rate of 65 per cent year-on-year, noted II-VI CTO Giovanni Barbarossa, with the company’s management team now prioritizing investment in its EUV component-making capacity.

VCSELs for sensing
In the other new growth area of VCSELs for 3D sensing applications, II-VI is one of a handful of companies competing to service what looks like becoming a major new market for photonic components as makers of Android smart phones follow Apple's lead and increasingly adopt the technology.

Although CEO Mattera was reticent in quantifying the extent of the anticipated uptick through the remainder of the year, the company has invested heavily in the large VCSEL fabrication facility it acquired from Kaiam a year ago for $80 million, suggesting that it is expecting a substantial upturn in demand at some point.

The current momentum should be further complemented within a few weeks, thanks to the addition of CoAdna to the ever-expanding II-VI portfolio. The $85 million deal to acquire the maker of wavelength-selective switches, agreed back in March, is set for completion in early September, giving II-VI another string to its bow in the optical communications sector.

In another sign of current demand levels in communications, II-VI said a month ago that it would ramp production of pump laser diodes, and with very strong bookings from data centers the company's photonics business unit reported a book-to-bill figure of 1.18 for the closing quarter of the II-VI fiscal year.

In their outlook for the current quarter Mattera and CFO Richmond said that total sales should come in at around $310 million, a figure that would reflect the usual seasonal dip in demand from the industrial laser sector, but also represent year-on-year growth of close to 20 per cent.

• That solid outlook prompted more than a 10 per cent uptick in the value of II-VI’s stock on the Nasdaq exchange in early trading on August 7. At just over $45, the stock remains down on highs of $53 reached in January this year, and equivalent to a market capitalization of around $3 billion.