Californian firm also reported “strong” Q2 ahead of the deal which is expected to double revenues and strengthen vertical integration. 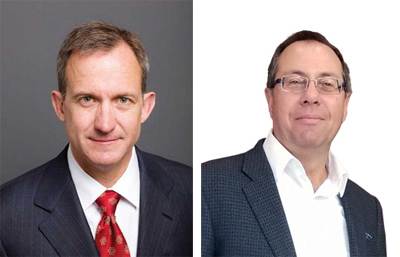 Infinera, a developer of Intelligent Transport Networks, has announced its intent to acquire Coriant. Coriant is a privately held global supplier of open, hyperscale network solutions.

Infinera is to pay $150 million in cash at closing of the deal, and around $25 million in the two quarters post-closing; plus $55 million more “over a period of years”. Infinera will also issue approximately 21 million shares, which when combined with the cash consideration, results in total transaction consideration of approximately $430 million, the company stated.

Coriant’s majority owner, Oaktree Capital Management, expressed an interest in being compensated for this transaction largely in stock. Post-transaction, Oaktree will own approximately 12% of the combined company on a fully diluted basis. Oaktree has agreed to lock up 50% of its shares for six months post-close and the remaining 50 percent of its shares for 12 months post-close.

To fund the cash requirements of this transaction, and to support future working capital requirements, Infinera plans to pursue debt financing. Morgan Stanley Senior Funding has committed to provide debt financing for the transaction, subject to customary conditions. The acquisition is expected to close in the third quarter of 2018, subject to customary closing conditions. The board of directors of Infinera has unanimously approved the transaction.

'One of the world’s largest'

Infinera said that the acquisition will “significantly scale the company as the next wave of global network spending begins, creating one of the world’s largest optical network equipment providers.”

The company’s statement said, “This combination positions Infinera to capitalize on the next wave of global network spending as network operators transform their networks to transition from 4G to 5G, from Optical Transport Network to packet and from closed to open network architectures.

Tom Fallon, Infinera CEO, commented, “Acquiring Coriant is a fantastic opportunity, strengthening our ability to serve the world’s largest network operators, accelerating our ability to leverage vertical integration and reinforcing our commitment to our long-term business model. This powerful combination immediately benefits our combined customers by delivering the innovative technology required for the next wave of network spending.”

Pat DiPietro, CEO and Vice Chairman of Coriant, added, “Joining forces with Infinera accelerates our vision of transforming next-generation networks with best-in-class innovation. The combined company will benefit from Coriant’s significant investments in software automation and open, disaggregated solutions, which have gained significant traction and wide-scale adoption by customers around the world.” 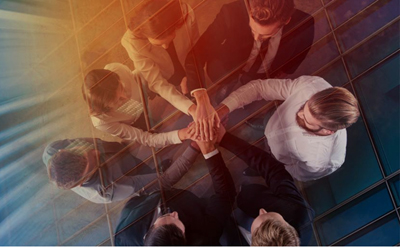 Infinera gave a detailed explanation of its reasons for and the context of the acquisition, considering issues, such as “strategic logic, financial attractions and network innovation.”

Financials: “The acquisition is expected to be substantially accretive in 2019. This accretion will come from $100 million of identified cost savings in both cost of goods sold and operating expenses. Total cost synergies of $250 million are expected through 2021, with the continuation of operating synergies and the introduction of vertical integration into Coriant’s product range. Infinera will be acquiring a debt-free balance sheet and expects cash flows to pay back transaction consideration within three years.”

Networks: “Coriant has invested nearly $1 billion in research and development over the past five years to significantly advance its portfolio. Infinera recently upgraded its portfolio based on the innovative Infinite Capacity Engine (ICE4). Combining the strengths of both companies creates a powerful new portfolio to support our customers’ transition from 4G to 5G, from OTN to packet and from closed to open network architectures.”

Infinera will provide its second quarter results and commentary on its Q2 earnings call on August 7, 2018. However on the back of its Coriant acquisition announcement, the company has released “preliminary results”, as follows: