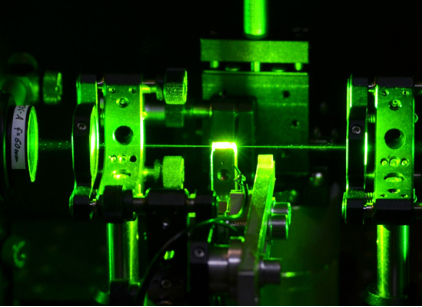 "An alternative approach to SLM lasers with advantages for simplicity and oscillator power".

A study by researchers at Macquarie University, based in Sydney, Australia, has found a new way to make ultra-pure frequency lasers based on diamond that avoids the problems responsible for destabilizing and broadening a laser’s output frequency.

The results, published in the journal Optica, are expecteed to enable the next generation of lasers required for applications such as the remote sensing of greenhouse gases, powering atomic clocks and atom trapping, as well as in gravitational wave astronomy.

Using a low-birefringence single-crystal diamond made by Element Six, Dr Oliver Lux and Associate Professor Rich Mildren from the Department of Physics & Astronomy demonstrated stable single frequency operation using a simple laser cavity design that would normally be highly susceptible to destabilization. In particular, they placed the diamond at the midpoint of a long standing wave cavity, a configuration normally considered a ‘worst-case scenario’ for inducing the instabilities that cause polychromatic behavior to occur.

“Lasers are often thought of as being highly monochromatic, that is, of a single frequency, but in most cases their spectral purity is corrupted by a destabilizing effect referred to as spatial-hole burning. This effect causes the laser frequency to chaotically jump between a grouping of many closely spaced lines,” said Associate Professor Mildren.

“The problem is avoided in our case by using a light amplifying medium that relies on stimulated scattering rather than an excited medium that contains energy such as a population inversion.” Many laser applications require a pure frequency – a need made even more relevant by the current explosion in interest in gravitational wave astronomy, which relies on interference of single frequency laser beams that are high power and ultra-stable.

“Our finding provides greater freedoms for laser design and potentially much simpler, more robust systems. And, since the light amplifier ‘engine’ works using a fundamentally different principle to most lasers we are familiar with, a completely different range of materials may be used including those with extraordinary properties such as diamond. This promises a method of generating single frequency lasers over a wider choice of wavelengths and with potentially very high power.” 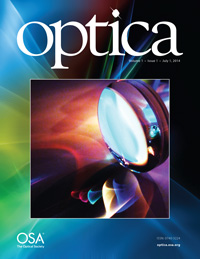 The journal artilce’s key conclusions are as follow: “Apart from its impact on the power stability of the Raman laser, the coupling between the Stokes power and the cavity length is an important mechanism that impedes stable SLM operation at high power. The coupling is most strongly derived via thermal expansion and the thermo-optic effect, but is also weakly influenced through the temperature dependence of the Raman center frequency.

“We propose that the silicon waveguide gain medium was in excellent thermal contact to the substrate, which in combination with its low average power reduced the thermal effects in the Raman medium. In bulk and waveguide devices, active stabilization of the cavity length will be vital for obtaining stable SLM operation at higher powers. The results foreshadow an alternative approach to SLM lasers with major strengths in simplicity and oscillator power.”