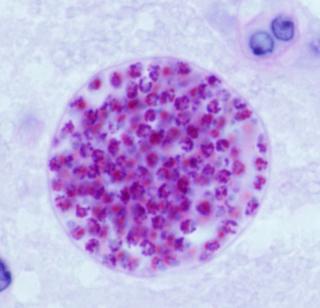 Traditional fluorescence microscopy techniques collect only a small amount of the light emitted from a sample at any one time, so a route to improving their efficiency is to capture more of that light and put it to use.

A project at the National Institute of Biomedical Imaging and Bioengineering (NIBIB), part of the National Institutes of Health, Maryland, has now developed a method to simultaneously capture multiple specimen views by adding a new microscope objective to the fluorescence microscopy set-up, improving spatial resolution without needing additional illumination. The work was published in Optica.

The team designed a platform able to acquire multiple sets of fluorescence data in single-view wide-field or dual-view light-sheet microscopy, before using newly developed computational methods to fuse and deconvolve the images. The results were improvements in volumetric resolution on a variety of samples.

"We captured this previously neglected fluorescence and fused it with the traditional views used in conventional microscopy," said Yicong Wu of the NIBIB. "This increases resolution without compromising either temporal resolution or adding additional light to the sample."

Commercially available hardware
The new approach is an extension of dual-view selective plane illumination microscopy (diSPIM), a light-sheet microscopy approach which employs two objectives positioned above a sample to excite and detect fluorescence.

The NIBIB team positioned a third objective below the sample to create a triple-view configuration, allowing simultaneous acquisition along two detection axes in light-sheet mode, and three detection axes when the platform is used in wide-field mode.

"Resolution in diSPIM is limited by the numerical aperture of the upper lenses, and fluorescence emitted in the direction of the coverslip is not captured," Hari Shroff, leader of the research team, said. "We reasoned that if we could simultaneously image this neglected signal by adding a higher numerical aperture lens that acquired the bottom view, then we could boost the lateral resolution."

Applied to a variety of samples, including microtubules in Toxoplasma gondii, Bacillus subtilis, and multiple protein distributions and organelles in eukaryotic cells, the result was an improved axial resolution in wide-field microscopy to 340 nm. The lateral resolution of diSPIM itself also benefited, increasing to 235 nm when the lower objective’s plane of focus was swept through the sample, again thanks to the capture of light that was previously neglected for imaging purposes.

"This lateral resolution is equivalent to that usually reported with confocal microscopy, and higher than that typically achieved with light-sheet microscopy," note the team in the Optica paper. "Relative to state-of-the-art multi-view light-sheet imaging, our method improves volumetric spatial resolution at least four-times, yet requires no custom parts and may be readily assembled with commercially available hardware."

Future goals now include improvements to both the overall volumetric imaging speed and the signal-to-noise (SNR) ratio of the lower view, which is currently worse than that from the top views in light-sheet mode, according to the team. Better SNR from the lower objective might effectively enable deeper imaging, while higher NA objectives should produce greater angular coverage and improve the technique's performance.

Beyond that, a principle of multi-view capture followed by image fusion could lead to improvements in other imaging modalities altogether, potentially including super-resolution microscopy.