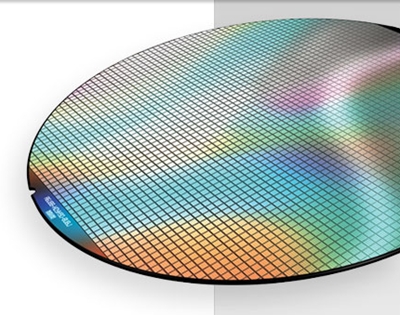 Executives at the KLA-Tencor, a key supplier of light-based metrology systems used in semiconductor manufacturing, are anticipating further delays in the deployment of extreme ultraviolet (EUV) lithography for high-volume chip production.

Speaking at an investor conference call to discuss the Milpitas, California, firm’s latest financial results, KLA-Tencor’s CEO Rick Wallace said that although 2014 was shaping up to be “an exciting year” as customers invested in advanced process control systems, the complexities of EUV would mean that it only begins to ramp up towards the end of the decade.

“On the technology front, the cost and complexity associated with competing at the leading edge continues to increase, and our customers can no longer rely solely on scaling to achieve their performance and cost improvement targets,” Wallace told investment analysts.

“With the incorporation of complex new device architectures, materials and processes, such as multi-patterning, FinFETs and advanced packaging, the number of process steps requiring inspection and measurement is increasing.”

That should be good news for the many photonics companies who supply products used in semiconductor metrology systems, for example KLA-Tencor’s own laser-based wafer inspection tools.

On the other hand, more delays to the EUV roll-out would impact suppliers such as Trumpf, which has developed new high-power carbon dioxide lasers that are used to generate EUV light, as well as providers of the high-performance diamond optics needed to withstand the laser intensities used.

Critical layers
Lithography scanner supplier ASML is in the process of shipping its first few EUV systems to chip manufacturers, but admits that it is still working hard to improve its EUV light sources to a level where they are sufficiently powerful and stable for economical high-volume manufacturing.

One of the key questions still to be answered is just how widely EUV will be implemented for the so-called 10 nm production node of the semiconductor industry. Introduction at the later 7 nm production node instead would amount to a two-year delay in the volume ramp of EUV technology.

Last week ASML said that it had begun to recognize revenues for its first EUV tools, but also that demand was growing for the multi-patterning systems that it has designed as a contingency to bridge the gap while EUV remains in development.

Asked about his perspective on the likely timing of the main EUV introduction, Wallace said: “I think that the timing has moved out, especially for high-volume manufacturing. The insertion point at ten nanometers is, I think, now pushed to seven.”

And while he believes that there could still be a few critical semiconductor layers produced with EUV at the 10 nm node, the KLA-Tencor CEO said that the economics of the technology are yet to really stack up.

“It's all about the economics,” Wallace explained. “EUV remains too slow to be put into production on an economic base. There's a lot of work to do to get the source up [to the required power, and] to get the throughput up.”

“Right now, what we're getting from customers is that double patterning is more and more the plan of record as they go to ten nanometers, and that puts EUV more at the seven nanometer node. And that's how we're currently planning.”

Investment plan
That anticipated delay has an impact on KLA-Tencor’s own technology development plans, with the company likely to change its investment ramp in products such as inspection systems for EUV reticles.

“We will continue to invest, but in general, we won't be ramping our investment as soon as we originally planned,” Wallace told analysts.

With complex multiple-patterning of semiconductor wafers now likely to take on a higher burden of the lithography workload in the future, he added that customers do not want to be investing in a capability that they will not need for some time.

“Instead, we're focusing our efforts on supporting the multi-patterning challenges that people are going to face as the alternative to EUV,” said Wallace, adding that KLA’s production tool for EUV would now be likely to appear closer to 2020 than the 2017-2018 timeframe previously envisaged, with a wide-scale shift to EUV at the 7 nm node.

With the semiconductor industry now heading back into a phase of increased spending, KLA posted sales of $705 million for the latest quarter, up 5 per cent on the same period last year. It expects capital expenditure in the industry this year to grow 10 per cent on the 2013 figure.