'Huge opportunity' for secondary optics as overall sector grows by more than an order of magnitude over next decade to $25 billion. 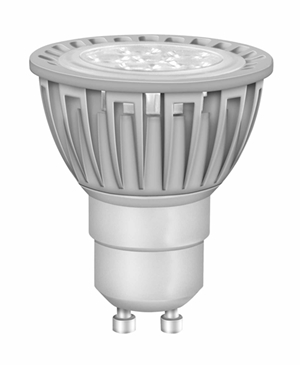 Falling product costs will help to propel the market for LED-based luminaires to some $25 billion in 2023, up more than a factor of 12 from today’s figure of $2 billion and equivalent to a compound annual growth rate (CAGR) of 25 per cent.

That’s according to analysts at the consultancy firm Lux Research, which specializes in reports on clean technologies including solid-state lighting and photovoltaics.

Using a model that calculates the adoption rate of LEDs within key end market applications such as office, industrial and street lighting, Lux found that recessed modular lighting will emerge as the largest single market for LED luminaires.

Christopher Hwang from Lux believes that as the economics of LED lighting shifts along with reduced costs and higher energy efficiencies, the optics within the luminaries will become more important from a market viewpoint.

“As LED packages rapidly fall in cost and improve in efficiency, the cost structure of LED luminaires will shift, and present opportunities in other components such as secondary optics and drivers,” he said.

“This trend, in turn, influences the rate of adoption of emerging technologies, such as alternating current LEDs and high-color rendering index (CRI) LEDs in recessed modular, high-bay and roadway luminaires.”

And as the industry continues to mature, what Lux describes as a “huge opportunity” will emerge for optics firms. “The LED package market will be dwarfed by opportunities in optics and drivers,” it predicts. “The secondary optics market will be the single biggest growth opportunity in components, growing to $6.9 billion in 2023, while the drivers market will reach $4.9 billion.

Cost declines spur adoption
The latest Lux report comes after the same company predicted previously that the cost of the central LED package used in solid-state luminaries would decline by more than 70 per cent over the coming decade – meaning that the price of LED bulbs would likely halve by 2020.

Companies such as US-based Cree, Germany’s Osram and electronics giant Philips are all working to push down the cost of such replacement bulbs, aided by utility rebating schemes in the US that reduce the up-front cost of the technology for consumers.

Lux now suggests that those LED package costs will fall by more than 80 per cent to less than $4 per kilolumen of output as electro-optic efficiencies are further improved, along with LED wafer manufacturing yields and facility utilization rates.

As a result, say its analysts, the bill of materials (BOM) of a standard 3,500 lumen recessed modular luminaire will fall more than one-third, from around $85 today to $55 in 2023.

However, high-spec, high-CRI luminaires will remain something of a niche product and only find adoption in high-occupancy applications, says Lux.

Meanwhile luminaires based on AC-driven LEDs are expected to become cost-competitive by 2018, but Lux believes that they will only have a technological advantage only in low-power applications, such as recessed modular luminaires.