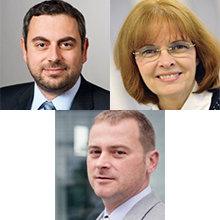 An initial clinical study on SurgVision’s image-guided surgical procedures for breast cancer patients is nearing its conclusion. Other potential applications are also being evaluated. This spin-off company is based on the research results of the Leibniz Prize recipient Professor Vasilis Ntziachristos, director of the Institute of Biological and Medical Imaging at Helmholtz Zentrum München, in collaboration with the University Medical Center Groningen. A license agreement between HMGU and SurgVision was signed in September 2013. 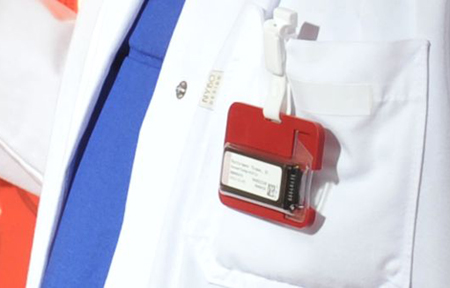 The new company, headed by CEO Gerd Ledtermann, offers this service to companies whose employees are exposed to radiation sources. This spin-off is based on the extensive research expertise of the radiation dose monitoring service at HMGU, which is the largest personal dosimeter monitoring facility in Europe.

Optically stimulated luminescence is based on beryllium oxide (BeO). Dosimetrics’ OSL dosimeters monitor a person’s “Personal Dose Equivalents”, known as Hp(10) and Hp (0.07). The dosimeters cover the full energy range from 16 keV to more than 10 MeV. It works like this: two beryllium oxide chips are molded in a bar-coded plastic slide, which is mounted in a badge to be worn by radiation-exposed workers. The badge is ultrasonically welded to ensure it functions a lightproof dosimeter. Dosimetrics says that due to its “almost tissue equivalency” BeO is suitable for dosimetric applications.

Trianta Immunotherapies GmbH, founded in September 2013, develops immunotherapies to treat cancer. By means of adoptive T-cell therapies and personalized vaccines derived from dendritic cells, the human immune system is stimulated to act against cancer cells. Trianta is based on many years' intensive R&D by the director of the Institute of Molecular Immunology, Professor Dolores Schendel and her team at HMGU, partially in collaboration with Professor Thomas Blankenstein at the Max Delbrück Center for Molecular Medicine Berlin-Buch (MDC).

The spin-offs are supported and promoted by the Department of Innovation Management at HMGU together with the technology transfer partner Ascenion GmbH. Ascenion holds an equity stake in the spin-offs SurgVision and Trianta Immunotherapies. At the start of 2014, Helmholtz Zentrum München closed license agreements with Trianta and Dosimetrics. These secure the spin-offs' exclusive global rights to patents and technical expertise.