“NAOMI” camera on board SPOT-6 satellite launched last month is based around a high-performance CCD chip. 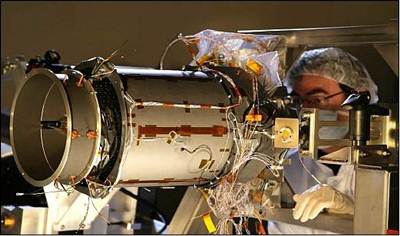 Along with “SPOT-7”, which is due to launch in January 2014, SPOT-6 will join the existing Pleiades 1A satellite, eventually forming a complete optical constellation offering high-resolution imagery of all parts of the globe within a given 24-hour cycle.

Astrium Services will then distribute the images for applications in security and defence, as well as agriculture, deforestation studies, civil engineering and the oil and gas industry.

Michel Tulet, head of the detection department within the Optical Instruments Division at EADS Astrium in France, said that the camera development team was “fully satisfied” with the performance delivered by the e2v detectors, adding: “Three NAOMI instruments are now already delivering high-quality images from low-Earth orbit and four others will join them in the coming months.” 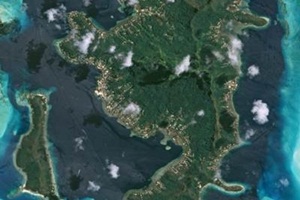 e2v says that the back-illuminated CCD sensors on board the SPOT-6 satellite include some state-of-the-art features, helping to combine wide-area coverage with an image resolution down to just 1.5 meters – compared with 2.5 meters for the previous generation of SPOT-4 and SPOT-5 surveillance satellites.

Many versions of the NAOMI instrument have already been developed, offering swath widths of between 10 km and 60 km. All of the imagers are based on the same telescope concept and the SPOT-6 & SPOT-7 satellites actually feature two cameras in the same instrument, to offer both panchromatic and multispectral operation.

The optical assembly is based on a Korsch-type telescope including three aspheric mirrors and two folding mirrors, while EADS Astrium says that the multispectral camera detects across four wavelength bands, ranging from 455 nm in the blue to 890 nm in the near-infrared.