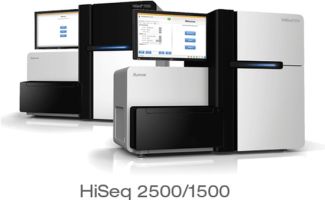 Investigators at Kansas City's Children’s Mercy Hospitals and Clinics have reported what is claimed to be the first use of whole genome sequencing for diagnosing critically ill infants and children.

According to the study, reported in the journal Science Translational Medicine, the whole genome sequencing approach could deliver a completed analysis in around 50 hours, from initial blood sample to the delivery of results to a physician. Results from the current trial actually took rather longer due to logistics involved in testing the samples, but the researchers expect those issues to be readily ironed out now that the principle has been proven.

At present, testing even a single gene can usually take six weeks or more, according to the team.

Stephen Kingsmore, Director of the Center for Pediatric Genomic Medicine at Children's Mercy, noted that treatments are now available for more than 500 childhood illnesses, and in several cases initiation of therapy in newborns can help prevent life-threatening conditions.

"Up to one third of babies admitted to a neonatal intensive care unit in the US have genetic diseases," he said "By obtaining an interpreted genome in about two days, physicians can make practical use of diagnostic results to tailor treatments to individual infants and children."

The speed-up in analysis is partly thanks to the use of STAT-Seq, a software-based sequencing protocol developed at Children's Mercy, that substantially automates identification of those DNA variations that can explain the child's condition. By performing whole genome sequencing, STAT-seq can help physicians make a more rapid diagnosis in patients who are acutely ill with a likely genetic disease.

Another key aspect of the protocol is the use of an Illumina HiSeq 2500 sequencing system, on which STAT-Seq runs. The HiSeq platform has been specifically designed to speed up the sequencing workflow, by employing a high-throughput fluorescence detection technique and optimizing it to run as rapidly as possible.

Sequencing by synthesis
The sequencer uses an approach known as "sequencing by synthesis" to detect the single nucleotide bases as they are incorporated into growing DNA strands during the sequencing operation. Using four fluorescently labeled, but distinguishable, deoxynucleoside triphosphates (dNTPs), the order in which the dNTP units become bound into the nucleic acid chain can be monitored, by characterizing the sequence of fluorescence signals produced under laser excitation.

Illumina believes that the end result is highly accurate base-by-base sequencing that greatly reduces errors in the analysis across the genome, and which will assist STAT-Seq to cast a broad net over some 3500 genetic diseases.

Although further research is needed, the team at Children's Mercy thinks that STAT-Seq has the potential to offer economic benefits as well as improvements in treatment. "By shortening the time-to-diagnosis, we may markedly reduce the number of other tests performed and reduce delays to a diagnosis," said Kingsmore. "Reaching an accurate diagnosis quickly can help to shorten hospitalization and reduce costs and stress for families."

• Illumina was founded in 1998 as a spin-out from Tufts University, Massachusetts, where studies into the use of silica bead micro-arrays as the capture sites for nucleotide strands formed the basis of the company's first commercial platforms for gene studies. Illumina completed its initial public offering in 2000, raising over $100 million. The company is now based in San Diego.

During Spring 2012, Illumina saw off a hostile takeover bid by the pharmaceutical giant Roche, arguing that the bid of $51 per share was inadequate and did not reflect what the likely future growth of the company. After the announcement of the trials at Children's Mercy, Illumina shares hit a peak of $52.80, close to their 52-week high, having traded at around $48 the week before.